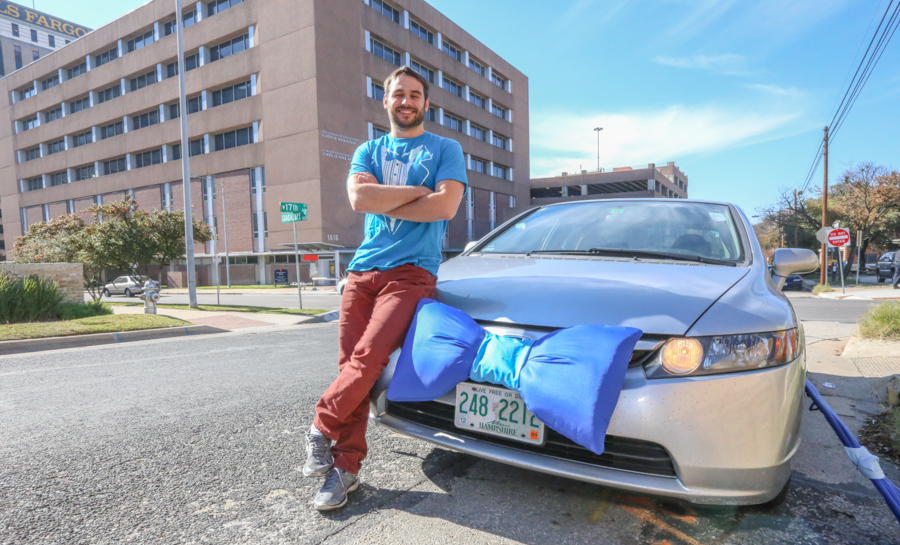 Zac Maurais and Ben Doherty started out offering beer and burritos and ended up delivering almost everything under the sun. The two are co-founders of an Austin-based delivery service that lets customers order items on their iPhones.

“I delivered ‘Call of Duty’ [the Xbox 360 video game] for someone, and someone once bought a ton of expensive shoes from a shoe store,” says Favor CMO Maurais, who has completed hundreds of deliveries himself. “People get all kinds of things delivered.”

Favor evolved from a pilot program the pair ran until January, 2013 in San Obispo, Calif., home of Doherty’s alma mater, California Polytechnic State University. Users of this app could push a button for beer, a button for burritos, or both, and await their deliveries. The app was popular but users wanted more.

“We learned that there was a demand to have a lot more things available [for delivery] because there were a lot of great restaurants in town,” Maurais said.

Favor users can order items from trained delivery persons.  Anything.

The beer and burrito service was an outgrowth of Doherty and Maurais’ original company: NeighborFavor. This forerunner gave people the chance to request favors, such as deliveries and rides, from each other.

“We took more of a crowd-sourced approach to it originally,” Maurais says, “… but NeighborFavor really didn’t work that well. It was harder to describe and we didn’t have clear hours of operation.”

Having started with a complex, high-concept model, then going to a stripped down food delivery service, the best of both worlds was found in between: today’s Favor app.  Users can order items from trained delivery persons.  The most common item is food but users can request almost anything from within the app’s service area except for alcohol.

With their business clearly refined and tested, Maurais and Doherty were growing restless in the small market of San Obispo. They were ready to move on but weren’t sure where to go. Then Maurais visited Austin, TX on a road trip.

“We realized it has an emerging tech scene and a big school with lots of college kids,” he said. “We decided it would be a good place for Favor.” 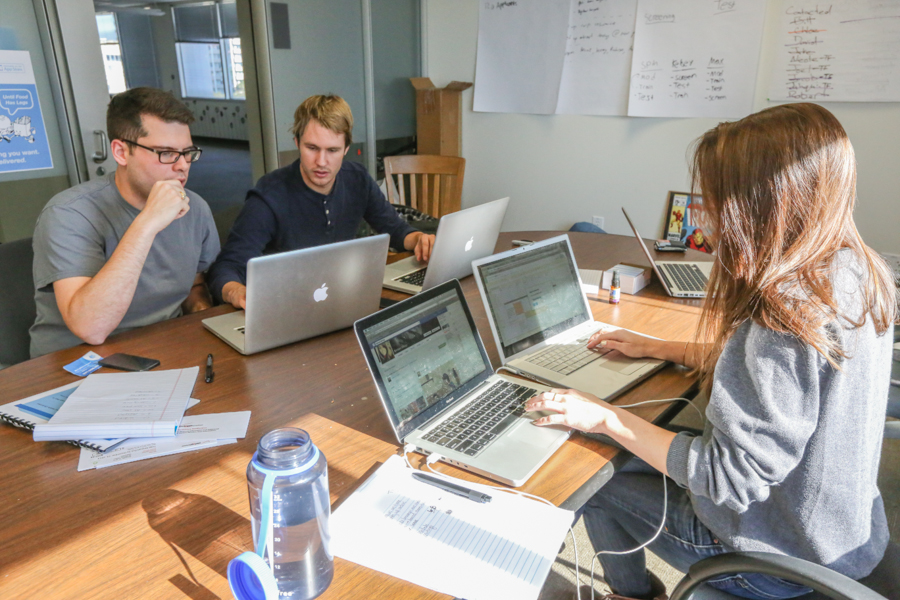 The company moved into its Guadalupe Street office in June of 2013. It’s a bright, open space on the seventh floor of the University of Texas’ Longhorn Startup Camp (Favor was invited to join UT’s Austin Technology Incubator upon moving to the city.) Several businesses fill this space with the usual accoutrements of young tech start-ups: a ping pong table, bicycles against the wall, even a tent pitched in the hallway. Extra uniform T-shirts and office equipment overflow table space and lean against walls.

Favor employs a full-time development and operations staff of seven with about 50 part-time delivery drivers. Maurais said the company’s success means they have hired many new delivery people in a short time and are looking for more. The app even has a button to start the application process.

If users have something else in mind or aren’t hungry, they can type an item in manually. If doing so for a restaurant, it’s helpful to know the menu beforehand as there is no way to browse a restaurant’s offerings from within the app.

For $5 per order plus a proportional tip for the delivery person, Favor’s users within Central Austin can order almost anything from within that area between 10:00 a.m. and midnight, or until 2:00 a.m. on weekends. Alcohol is prohibited and only one store per delivery is allowed. 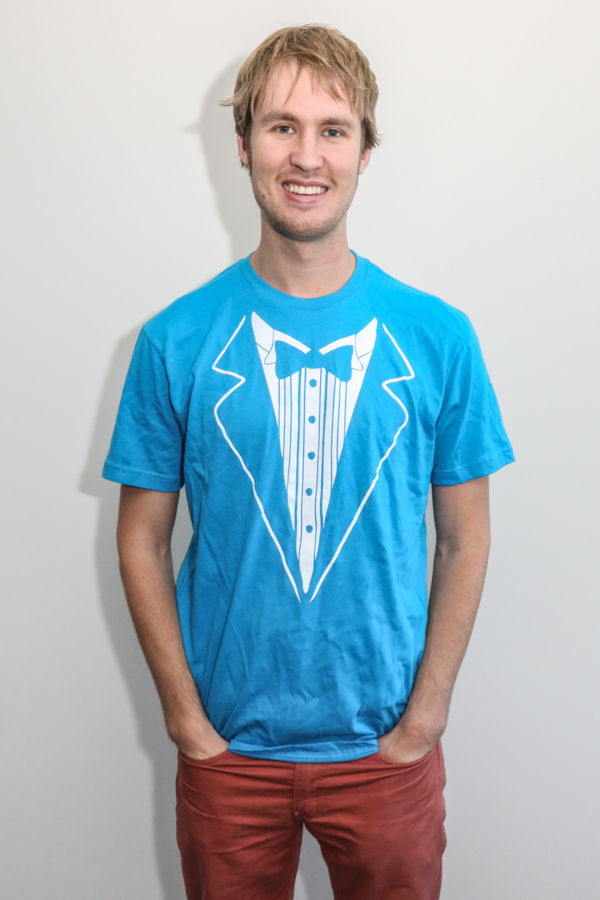 Delivery people are identifiable in their blue tuxedo T-shirts and sport large blue bow ties on the grills of their cars.

Once an order is placed, customers see the name of their assigned delivery person with a photo, as well as buttons to quickly call or text him or her. When I ordered lunch with the app the whole process of signing up, registering my credit card and placing my order only took about a minute. Delivery time took about 45 minutes, which must include food prep time at the restaurant. I received updates and messages from my driver the whole time.

While Favor works well, it has a limited operating area: a box drawn mostly around Austin’s downtown. This operating area means the app is most popular with University of Texas students and downtown business people.

Maurais said the company is planning to expand to other cities soon, though he is keeping quiet about those markets for competitive reasons. He said there are no plans to expand the app into other parts of Austin because less density would increase wait times on deliveries, and that is anathema to what Favor stands for.

“We’re trying to revolutionize logistics and delivery with a huge emphasis on customer experience,” he said. “We can get it done faster.”

He added that customers frequently use Favor instead of restaurants’ on-staff delivery drivers because the app is easier to use. The ability to type in any item and to order food from restaurants that don’t deliver sets the app apart from competitors like Foodler or GrubHub, he said. 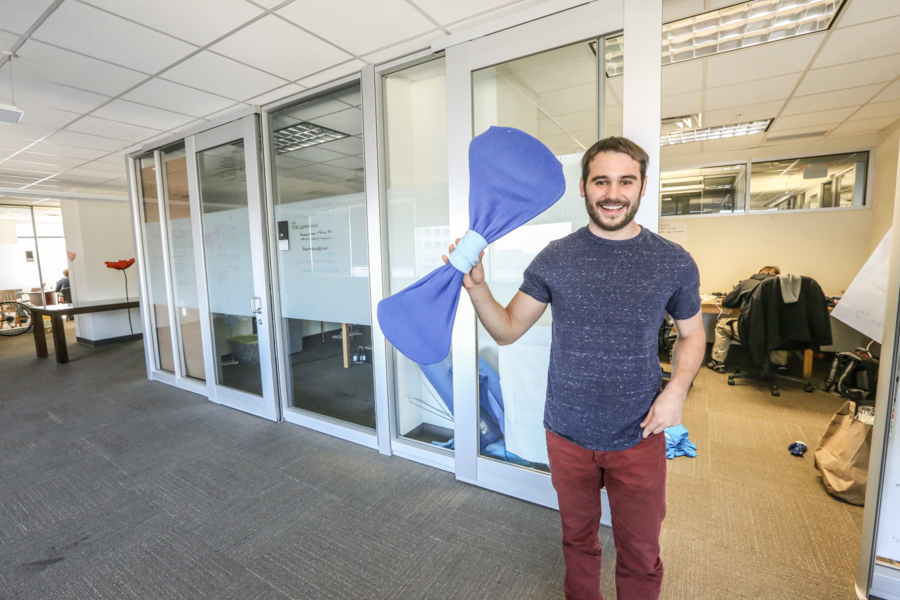 “Those apps are a portal,” he added. “They are an ordering system, not the delivery solution … Favor’s drivers aren’t just delivery drivers; they’re your personal assistant.”

Maurais and Doherty, both 24 years old, are childhood friends from New Hampshire. They both liked the idea of having their own business.

“My dad runs his own company and I always appreciated working for myself,” Maurais said.