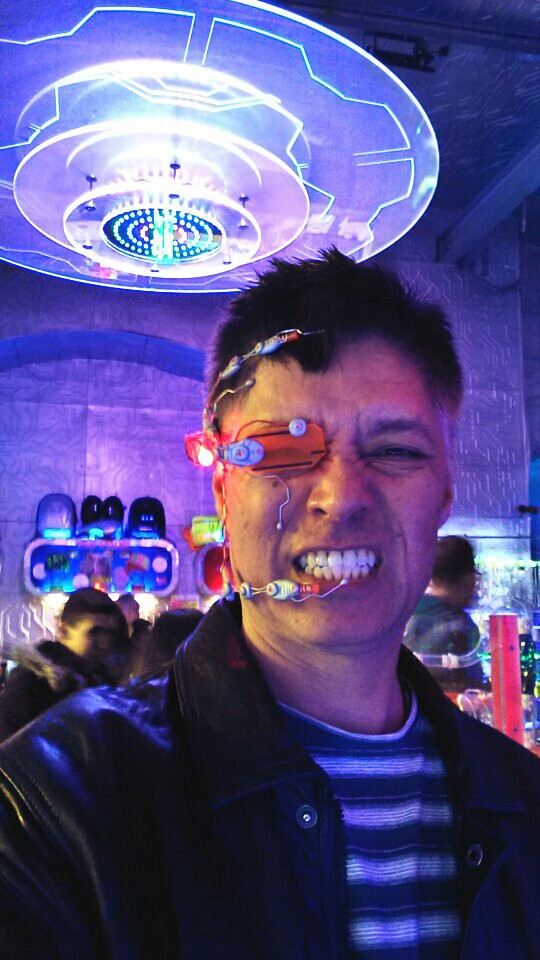 In the meetup tent at the SXSW trade show, MacKinnon sat comfortably, Shiner Bock in hand, wearing his “conversation initializer”- a plastic head piece that seemingly mocks Google Glass.  He found it served its purpose.

“People would cross the street to ask me what new wearable I was using,” he said. “Eventually we’d get talking about Borgfest.”

Borgfest– the first festival for individuals with body augmentations, enhancements, and prosthetics, supports the cyborg culture.

“The notion of what is human and what is human identity is going to take a hit as we see more tech integration into our bodies,” he said. “We’re going to feel weird once we start having serious augmentations…but that’s the future.”

He agrees that prosthetics may not be what people think of when talking wearables, but argues that their users are the most committed of wearable users. He compared wearables and prosthetics.

“There’s a joke about the pig and the chicken who are invited to breakfast,” he said with a smirk. “The chicken contributes an egg and the pig contributes ham. The pig is more committed to that breakfast.”

“So wearables are the least committed you can be in a cyborg culture, but you’re still at the breakfast table. Today you may wear it on your wrist, but tomorrow you may decide that it is so essential that you want to implant it into your body.”

The term “cyborg” is a mash up of “cybernetic organism.”  According to the conference website, “cyborg” has come to include any person or animal enhanced, augmented, or assisted by any technology.

MacKinnon addressed the possibility that the term “cyborg” could be offensive saying that there really is no great word for the individuals the festival is geared toward.

“However, we need a pride event,” he said. “The name may be debated in the future, but I’m putting it out there. I think the various communities will understand, but for now it’s all we have.”

Rewind to the late 1980’s when MacKinnon, now 49, was working as a modem surfer- chatting online.  One faceless internet name in particular ended up shocking MacKinnon.  With nothing to go off of but his online handle, Friedrich Nietzshe, MacKinnon had pictured a white male with blonde hair and blue eyes. When they met, he found something quite different.

“We finally met in person and up limps this one-legged Chinaman,” he said, intentionally speaking bluntly to convey his surprise. “Now this is commonplace, but in the late 80’s it was very new. It challenged me to say ‘You know what, I’m not a dick, I’m going to deal with this.'”

“Because we met online, I did befriend his brain first and I respected his brain in conversation. We turned out to be very good friends and [Bruce Ong] is currently my co-founder for Borgfest.”

Combining his education of political theory and governance and his interest in virtual communities, MacKinnon became one of the first pioneers of virtual body and pain research and the identity behind it.  As he worked to understand the connection between the physical body and inner identity,  MacKinnon was mentored by Sandy Stone– the proclaimed grandmother of transgendered studies. 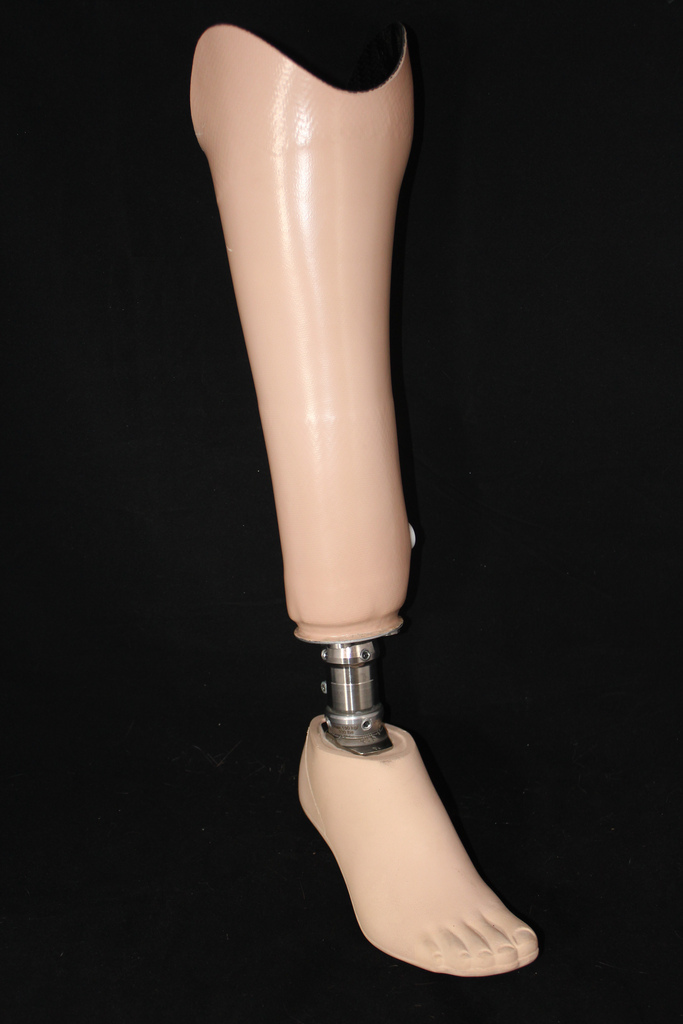 An example of the “barbie doll-style leg.”

While the body-identity connection is more palpable when talking about transgendered individuals, MacKinnon explained the relation to those with prosthetics.

“For example: working with wounded warriors,” he said. “They fought for the country and got their legs blown off because of an IED. If you fit them with this sort of pink, Barbie Doll-style leg, that doesn’t fit the way they see themselves. It’s an emasculating experience.”


He added how fitting these veterans with a new carbon fiber leg not only suits their identity, making them feel “fierce again.”

“I believe that’s why Borgfest is going to be special,” he said. “It’s going to be focused on the culture and the identities rather than the technology.”

It’s About Culture- Not Tech

With no bodily augmentations, amputations, or prosthetics of his own, MacKinnon considers himself the founder and first member of PFLAG for cyborgs.

“I really viscerally appreciate what a pride festival can do for a community,” he said. “Seeing all of those people behind a banner taking a risk with you can make you cry.”

MacKinnon was adamant that the conference will be focused on rallying together members of the cyborg community to talk shop, share experiences and strengthen the culture.

“Just like my conversation initializer isn’t about tech, it’s about the interaction that it brings,” he said. ”

“We’re not here to worship the gadget. We’re here to celebrate what it means to be human and to fight the prejudices that will come as the human definition changes.”

Planning Borgfest has taken 14 months so far and although no date or venue has been selected for the festival, it is currently scheduled for October 2014.  MacKinnon has commitments to attend from several members of the communities he’s met through the years.

“I’m trying to put all of these different communities into one bucket. And then focusing on the culture and the identity as opposed to the technology. Those two axis makes it super inclusive and also seats it properly in the right context.”

From enthusiast to the dedicated supporter, Mackinnon is driving the world to cast a wider net when it comes to discussing wearable tech- bringing cyborgs to the breakfast table.