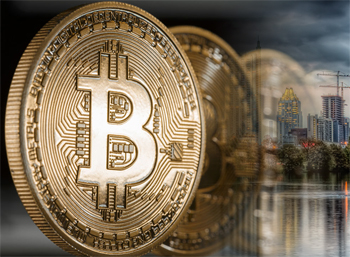 I first encountered bitcoin when my friend told me about it last year. Was it a currency, a protocol, or something else altogether?  As it turns out, bitcoin is a bit more complicated.  It is both.  It can be used to buy real things like bicycles and pizza, but can also be used as a framework to build secure trusted peer-to-peer networks using the blockchain.*

One thing is clear though – it’s no longer a fringe fascination.  The price of bitcoin skyrocketed to $1175 per bitcoin last November, national retailers (most recently Austin’s Dell) are starting accepting it, and millions are being invested by ‘smart’ money into its infrastructure. Bitcoin, it seems, is here to say.

The more I thought about bitcoin, the more I became fascinated with it.  Finally last week, my roommate asked bluntly “What’s the value of using bitcoin?”  Even with my answers of “security,” “transparency,” and “low transaction fees,” my roommate wasn’t buying it.  I needed to use bitcoin and get to the bottom of its value proposition.

I decided I would give up credit cards and cash, and only transact using bitcoin for the next five days.  Of course, others like Forbes’ Kashmir Hill have written about their bitcoin experiences in San Francisco, but for my experiment I wanted to know about living on bitcoin in Austin and on an entrepreneur’s budget.  Afterall, Austin is starting to look a bit like a bitcoin mecca.  It is now the home of a Satoshi Square, where bitcoin enthusiasts can meet, work and trade bitcoin in person and a popular post on social networks outlined why bitcoin startups should move here.  Also, I will not be bankrolled by a major publication — my means will be limited and my purchasing power will fluctuate with bitcoin’s price.

My only constraint this week is that I cannot use cash or credit card.  Since my experiment came together in less than three days, I will allow myself to eat things already stocked in my average male twenty-somethings’ kitchen.  My biggest concern then for the week is having enough gas in my scooter and paying for my band’s rehearsal space later in the week.

With my trusted Coinbase bitcoin wallet, a map of retailers accepting bitcoin in Austin, a Gyft account, and an endless sense of optimism for the currency, I was off.

To find my first meal of the day on Monday, I launched Coinmap, a handy of map brick-and-mortar merchants accepting bitcoin.   Art of Taco, a food truck on Rainey Street popped up. After confirming that they are indeed open and that they accept bitcoin, my colleagues and I started walking.  To conserve gas in my scooter, I expect  to walk a lot this week.

On Rainey, I met Les, the owner of the truck.  Although there is no sign indicating that bitcoin is accepted there, he assured us that he does and accepted ours.  In a few minutes, he returned with our food and sat at our table.  Les is an early adopter of technologies – he uses Square as his point of sale system and had heard about bitcoin when it was still exchanging at $1 dollar per bitcoin.  He decided to take the cryptocurrency seriously once it hit $1000 per bitcoin and started accepting it in the beginning of 2014.  Although he sees about one bitcoin transaction per week, he had his biggest bitcoin draw during SXSW, when more than half of his bitcoin sales to date took place.  Nowadays, the conversion price of bitcoin seems to drive more bitcoin customers.  When bitcoin prices are up, more people make bitcoin purchases to take advantage of their higher purchasing power.

For Les, accepting bitcoin is an investment.  He covers his food costs at the current exchange rate, but hopes to profit once the crypto-currency’s price sky rockets again. 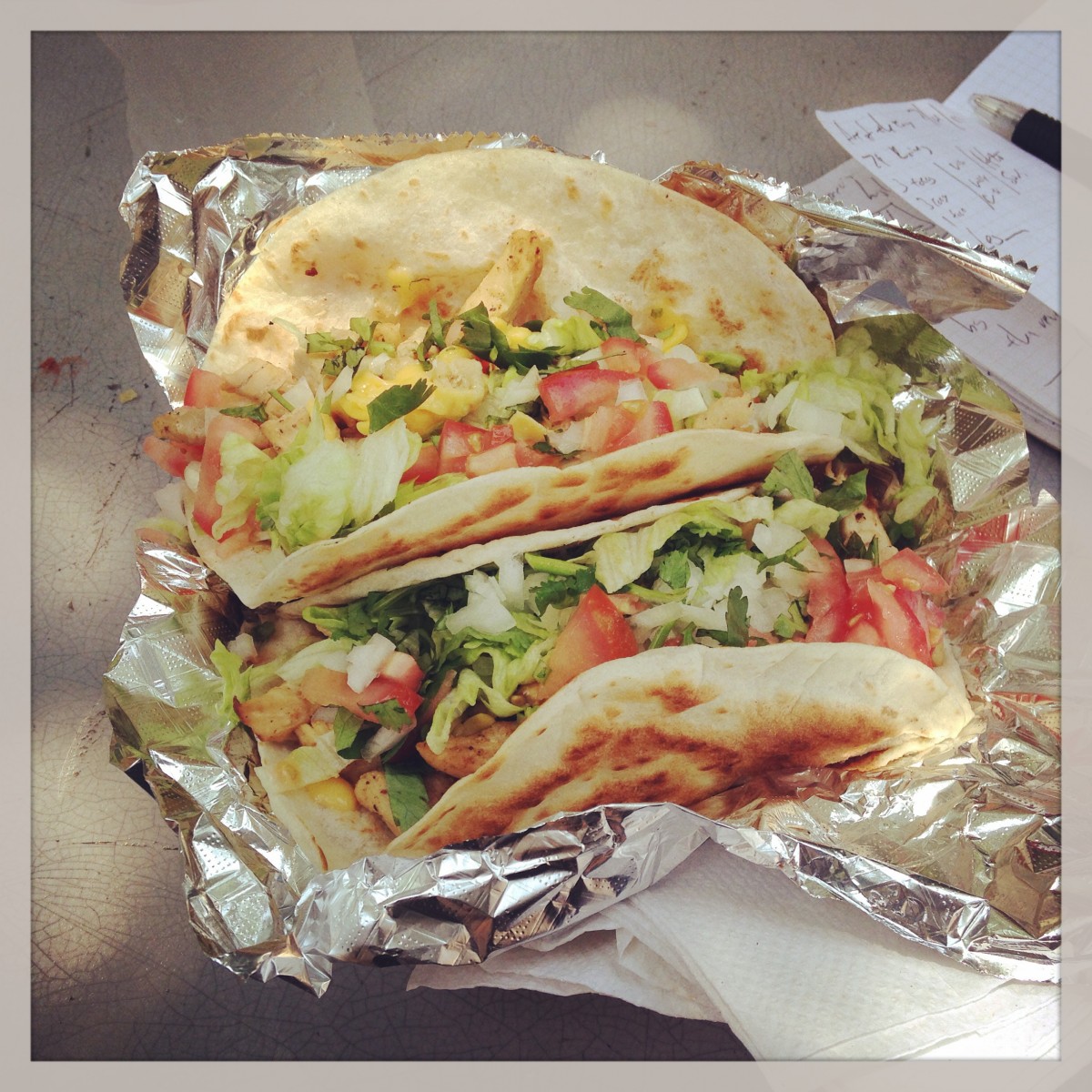 The Taco from Art of Taco

But, back to the tacos. They were gigantic, flavorful, and highly deserving of the 4.5 star rating on Yelp.  Both the chicken and beef were seasoned well and came heavily topped with fresh avocados, lettuce, and cheese.  I shall be returning to this truck again.

After we finished up, Les brought out his iPad and produced a QR code for our lunch – 0.0485 bitcoin (at an exchange of $618.55 per bitcoin) for three chicken tacos, two beef tacos, two waters, a soda, and a 15% tip.  I scanned the QR code and my transactions was sent to the virtual (ether) and within 30 seconds my transaction was confirmed on Les’ iPad.  Easy as pie.

Hopefully all of my bitcoin meals will be as delicious and easy.

I’ll be writing more about my experiences this week on Wednesday and Friday for Techzette, but you can follow me on Twitter at @thekfuj and on Instagram @fujita.kaoru for more regular updates.

A good primer video can be found on YouTube.


Editors note: This guest post is the first in a five part series on using only bitcoin in Austin, Texas. Check back soon to see the next parts.