Cycling buddies Tommy Fad and Jason Whitson,creators of the “fitness search engine” and app Gritness, are ready to admit something: getting motivated to work out is hard.

One of the best ways to stay on track is to work with a group, Fad said, and that’s where Gritness comes in.

Gritness helps users find group fitness activities near them, such as yoga and spin classes, Crossfit workouts, or a weekend 10K run. Some event listings are created by gyms or individual trainers and can include a fee, while others are made by regular users as free social activities. 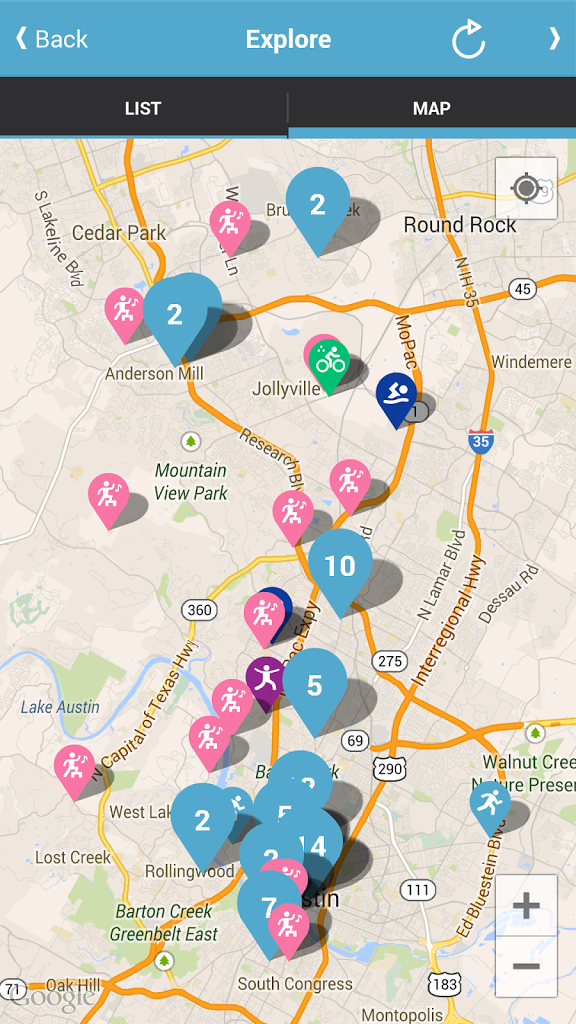 Screenshot from the Gritness app of events in Austin, TX

Besides the fun of meeting new people, working out with a group makes people work harder, Fad explained. It inspires them to meet the group’s goal of distance covered, time spent on a bike, number of weight lifting reps achieved, or whatever else. It also promotes accountability in sticking to a workout routine.

If users already have a group of workout buddies, they can use Gritness to easily coordinate with them to arrange workouts. These sessions can be kept private from the rest of the app’s users so that only invited friends show up.

Fad said that just like joining an existing group event, creating one of his own inspires him to show up and work hard rather than sleep in or stay on the couch.

“Whenever I create an activity on Gritness, there’s a part of me that says ‘you have to be there now, people are going to show up,” he said.

Gritness is a worldwide network so Fad said it can also be useful for people who want to stick to a workout routine while traveling.

“If I land in Oakland – I don’t know anyone in Oakland – and I want to find a yoga class, I don’t have to get on Google and search for one,” he said. “I just open my phone and it shows me.”

Fad and Whitsonstarted Gritness in 2012, brought it live in April 2013, and just celebrated their one year anniversary with the launch of version 2.1. This version made it easier for users to share their events, either publically across Gritness or privately with an invited group of friends.

Gritness is not the first app to recognize the power of group activity. Competitors like Fitocracy, for example, connect users with an online team of workout buddies for encouragement or competition.

Fad said that future releases of Gritness will streamline event creation and hopefully attract more users for people to work out with. So far, Gritness is mostly filled with events hosted by gyms and trainers, with fewer events by unaffiliated users, but Fad and Whitson hope to change this with a PR and advertising effort.

“We want to be the source for finding anything group fitness related,” he said.