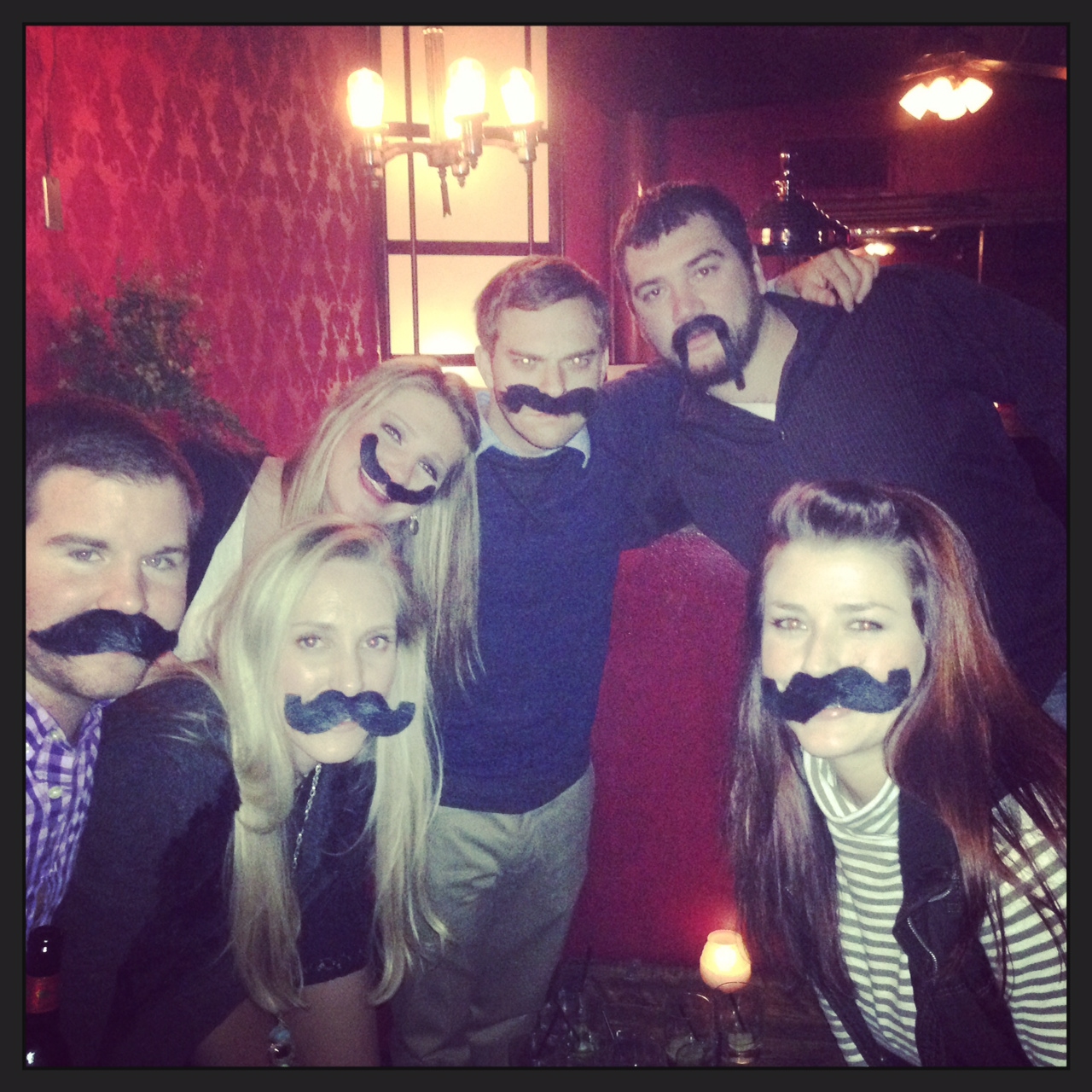 Alexa Staudt (bottom right) sports a mustache in a #groupergram challenge. Groupergrams are challenge to complete on the meetup to earn an extra round of drinks from Grouper.

Alexa Staudt, age 22, recently graduated from the University of Texas and now works at a local Austin tech start-up. She says she isn’t as social as she was in her undergrad days, now she prefers to stay at home with her two dogs or have a low-key night out with a few friends. Even so, she still likes to get out and meet new people every so often, although that can be difficult in a large city like Austin.

“I feel like when you’re just at the bar or go down to Sixth [Street] you’re not necessarily meeting people that you have a lot in common with,” she says.

That’s where Grouper comes in. Grouper is an invite-only social networking site that helps people get connected in real life in a more unconventional way than most meetup groups or dating sites. Instead of being matched with a single person, Grouper matches sets up a “grouper” meetup for the user, two friends of the user’s choice, and another person and two friends of their choice.

Michael Waxman founded the company in New York in the summer of 2011 after he graduated from college and moved to the city.

Although Waxman wasn’t available for comment, Grouper Communications Manager, Nikki Schlecker says like many recent grads and people who move to new cities, Waxman had a very small group of friends in New York and was looking to meet new people. And, like Alexa Staudt, Waxman was having trouble meeting people at bars. 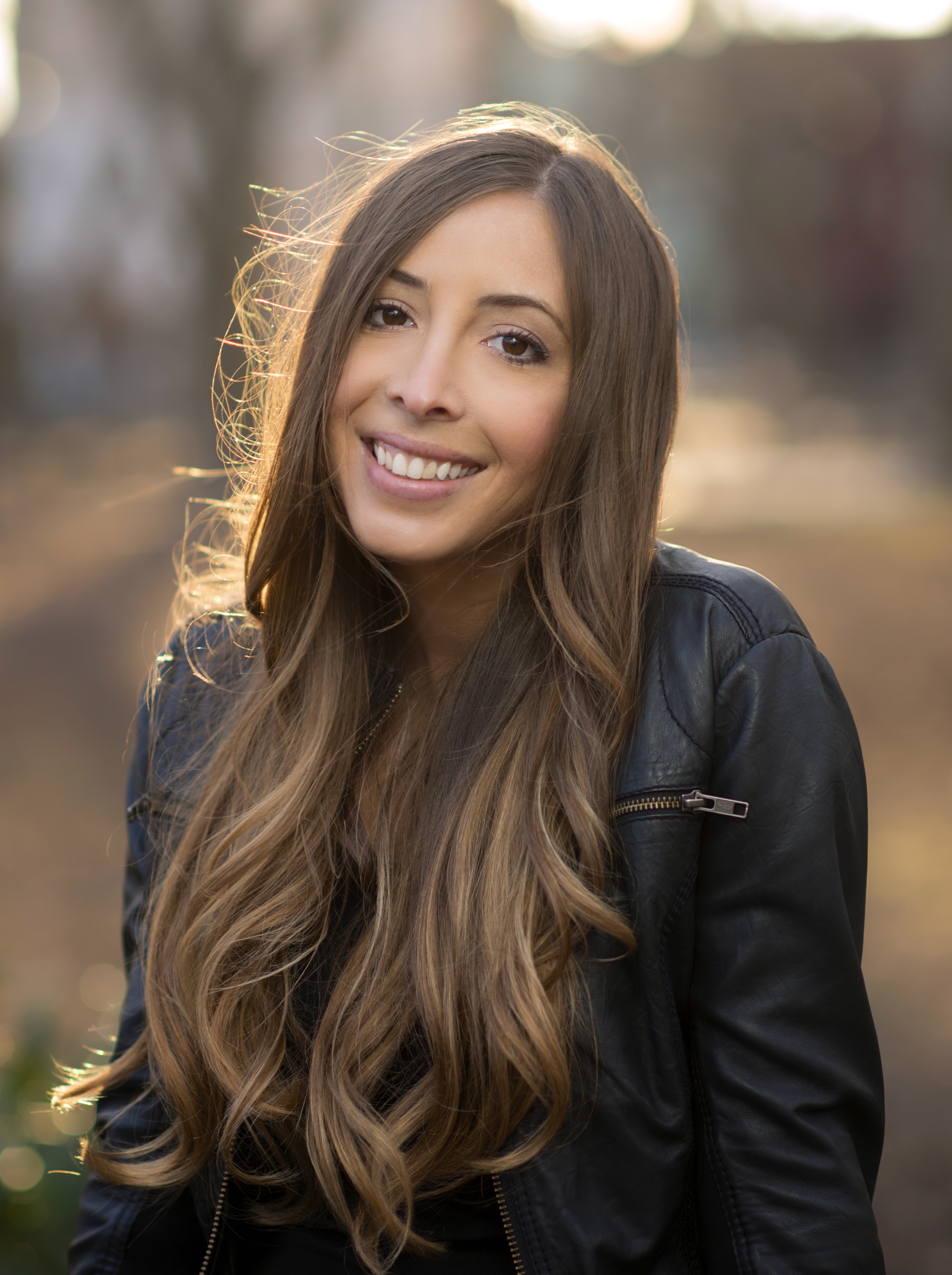 “It’s really hard to have meaningful conversations when you know the intentions aren’t the same,” Schlecker says. “So [Waxman] had this idea to start meeting people and he executed it within the first month.”

For a fee of $20, A user can request to join Grouper by linking their Facebook profile to the site and filling out a few details about themselves, like age, occupation, level of education and gender – although there are only two options for gender at the moment. Eventually the user will get an e-mail from Grouper asking for a few more meetup preferences and introducing the user to their city’s concierge – or matching coordinator.

Grouper raised a seed round with Y Combinator and SV angel in the Winter 2012 batch.

All the matching is done by the concierge, with help from a computer. There’s not a specific algorithm, Austin’s concierge Ashley Taylor says, but looking at the Facebook data helps to create an acceptable match. Taylor says it’s her job to pick the place, date and time of each grouper. She’ll also stay in contact with the user via e-mail and text before, during, and after the grouper takes place to make sure everything runs smoothly and to get feedback  on how to better match the user for the next time.

No names, photos or any other information is exchanged between the two grouper users before the actual meet.

Taylor doesn’t live in Austin, but she has direct contact with hundreds of users who live here. She personally hand-matches groupers together – with some help from her team of matchers for other cities – and texts and e-mails them during before and after the date to make sure everything is going smoothly.

Of course, Taylor says there’s no perfect way to predict human chemistry, so the matchers do their best.

“If we’re wrong about that then we certainly take feedback incredibly seriously so we can do better next time and create a more epic grouper,” she says.

“We do our best  based on what we’ve learned through historical patterns in matching who’s likely to have fun with who.” 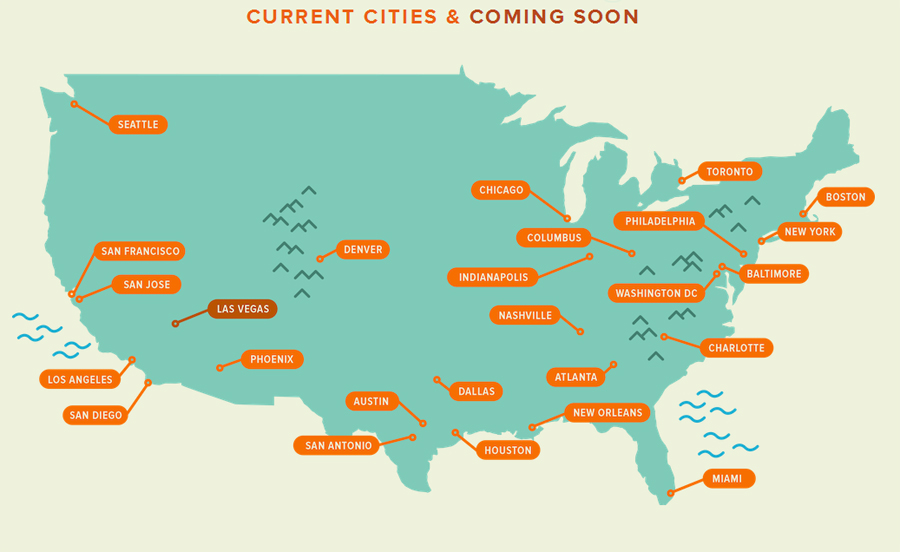 Grouper is now in 25 cities across the U.S. and has opened up shop in Toronto and London. The Austin Grouper launched in Septemebr 2012. Although they only have two offices – one headquarters in New York and one in San Francisco, they’re hoping ot expand into the U.K. more within the next year. The majority of grouper members in Austin are in their twenties and thirties. Although thee declined to release any membership numbers, their website does offer that over 96 percent of those who go on a grouper want to going on another one.

The site does match opposite and same-sex groupers, although it prides itself as being more than just a dating site. “We’re a place where we’re curating connections, where you can meet new people,” Schlecker says. Whether that’s for romantic reasons or to find people to hang out with.

The six-person meetup idea isn’t based on any research other than trial and error. Schlecker says Waxman tried experimenting with two-on-two meetups and decided the three-on-three created a better dynamic.

“Six is the magic number in having conversations, it doesn’t allow for much awkwardness.

There’re not too many people so that people are speaking over each other, but there are just enough that everyone can be engaged,” Schlecker says. “It really creates a no-pressure kind of situation. Basically all you have to do is show up ready for an adventure.”

Taylor says this is actually the best way to get the most out of the Grouper experience.

“The people who go in with open expectations have a really fun night, meet interesting people, check out a bar that they may or may not have been to before, are the people that have the most fun.”

Alexa Staudt has gone on three Grouper meets since signing up in October 2013 and says she hopes to go on more soon.

The first one was really fun, she grabbed two friends and headed to Max’s Wine Dive on San Jacinto St., and met up with three guys.

“Obviously Grouper did a good job of looking at our Facebooks to try and match us up, so we had a good time,” she says. And each of the next experiences were made better from the feedback she gave Taylor. She says the meets have helped her approach more people.

“[Grouper] showed me I can have fun just meeting new people even if we don’t stay friends.”