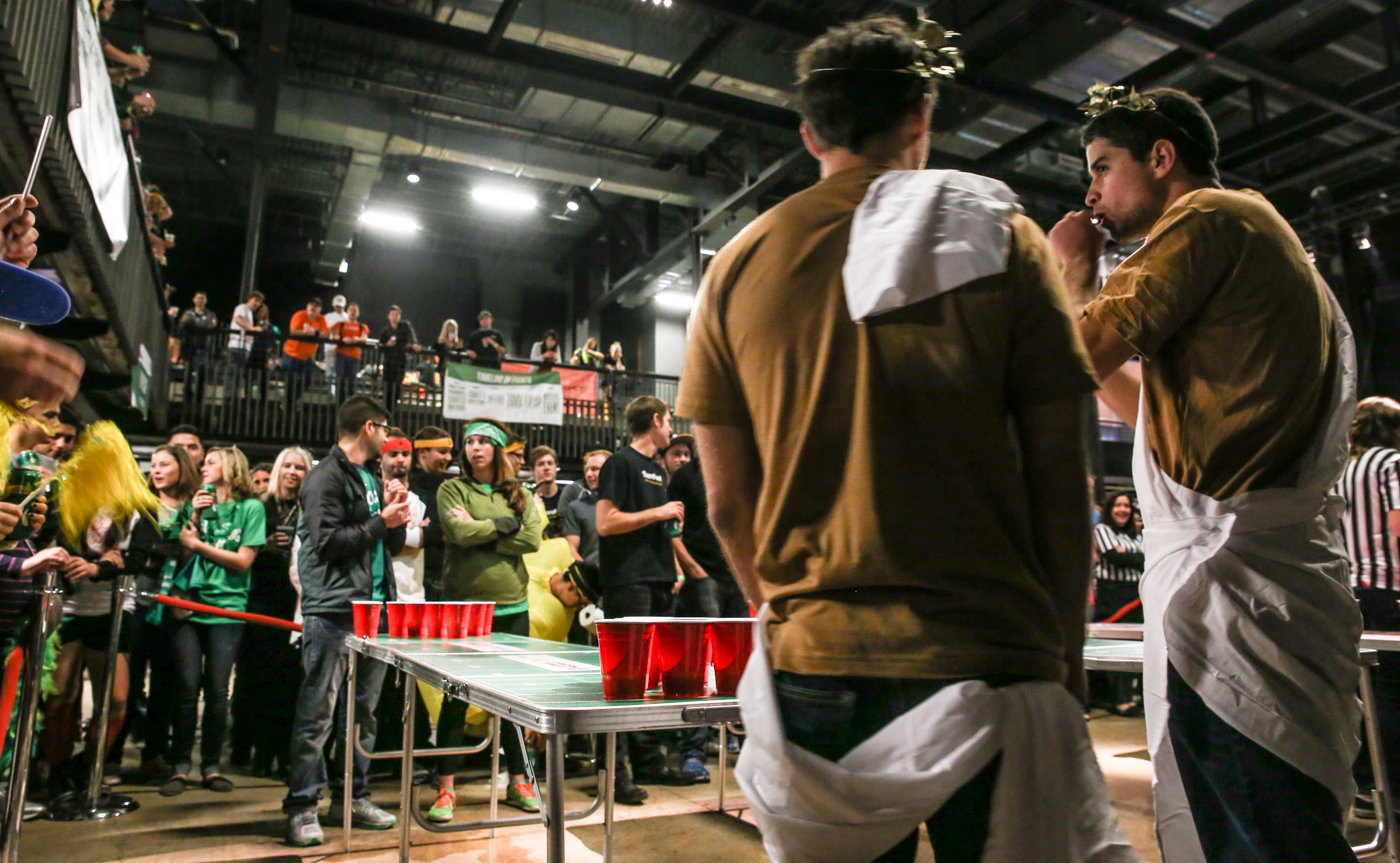 The most important competition in the Austin, TX startup community takes place across beer pong tables.

The Austin Startup Games are the busiest social event of the year for the city’s unusually social tech startup scene. On Jan. 25 companies competed against each other over games like foosball, table hockey, shuffleboard, trivia, and dorm room throwbacks like flip cup, all while raising money for charity.

The culture’s willingness to gather socially makes for great networking and idea sharing opportunities. Ordinarily, a gathering of startup workers on the scale of the Startup Games would involve seminars, presentations, and discussion forums, but the event is an informal environment for members of the tech community to network and mingle. It contributes to the Austin scene’s sense of community. 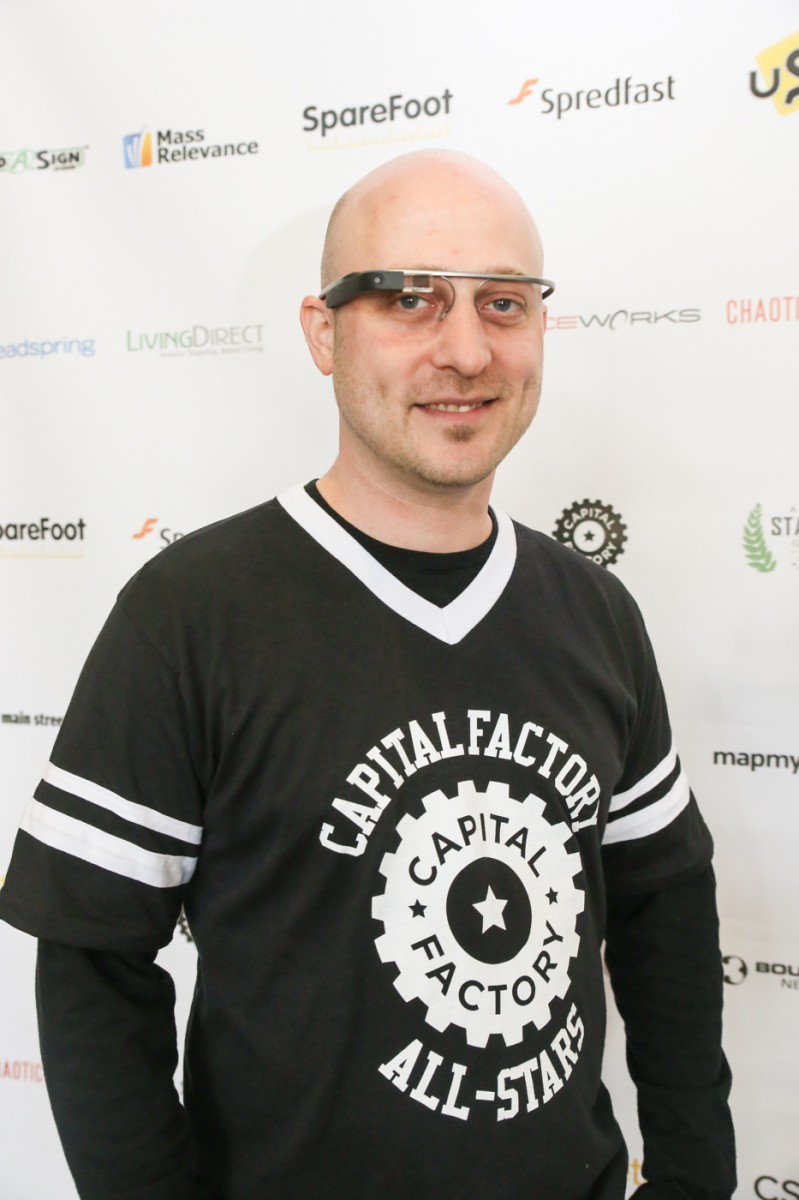 “I don’t think I’ve seen anything else like [the Startup Games] and it’s pretty fantastic,” said Joshua Baer, executive director of the Austin startup incubator The Capital Factory.

John Yarbrough, whose employer The Dialogue Lab did pro bono public relations work for the non-profit Startup Games, said the event is unique to Austin because this relatively small startup hub is more tight-knit than communities elsewhere.

“In other tech hubs, announcements about companies raising money or reaching some milestone are met with the question: ‘At the expense of whom?’ Here, companies aren’t trying to get ahead at the expense of each other,” he said. “Austin is unique because it’s a little less competitive, less cutthroat.”

Both Yarbrough and Baer agreed that Austin’s position as a smaller, newer, tech hub contributes to its more open scene.

The Startup Games are an important event for many companies, with teams sometimes selected from interoffice championships and employees staying late after work to practice. Inside the games, excitement ran rampant.

Hundreds of tech workers filled the Austin Music Hall with a noise and energy likely equivalent to the concerts it usually hosts. Workers were decked out in company T-shirts and regalia as well as comically unnecessary athletic gear like high socks and sweat bands.

The games opened with Olympic fanfare that included a proclamation, the lighting of a torch, the release of doves, and the blast of a trumpet. An onstage DJ filled the space with tunes and the venue’s bars did brisk business.

All the fun is in the name of a good cause. Each team participating in the Startup Games chooses a charity to play for and proceeds from the event’s registration and entrance fees go to those groups. The winning teams have the most money donated to the charity of their choice, but every charity is guaranteed to receive some money. 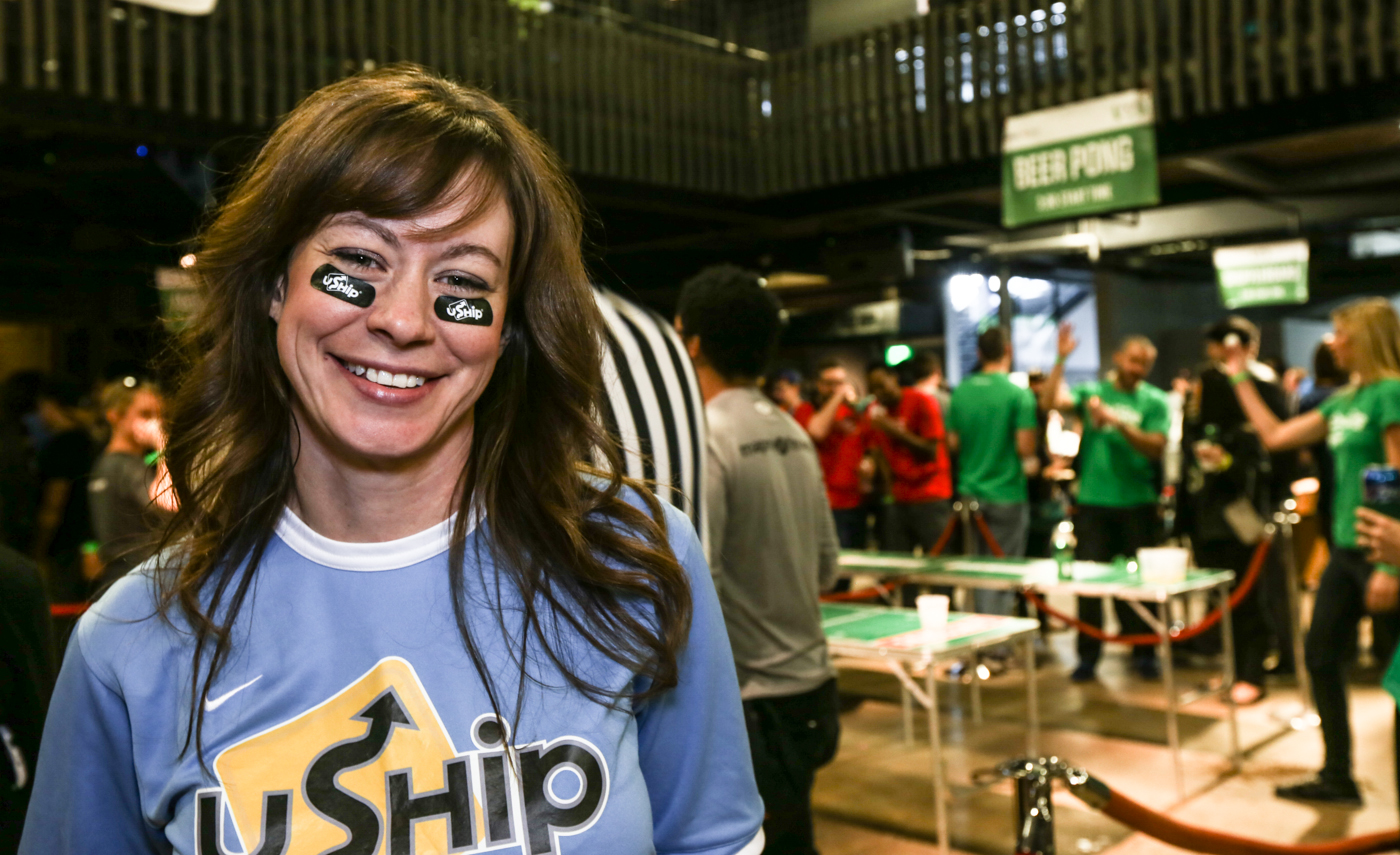 Gillian Wilson, senior manager of human resources for the online shipping marketplace uShip and a co-founder of the Startup Games, said the event grew out of social networking between startup founders and executives.

“During entrepreneurial meetups, we got to talking about the games we play at our offices,” she explained. “We said: ‘How great would that be if we could get everyone together to play for bragging rights?’”

The games are now a 501C non-profit organization and is the only event of its kind in America, though Wilson said the Startup Games board has pitched the idea to tech communities in other cities, hoping to be able to host a national championship at South By Southwest. No one has taken them up on it yet.

Like Yarbrough, Wilson credits that to Austin’s uniquely social community.

“We’re all competing with each other [in the marketplace] to some extent but everyone has a great vibe and a great idea,” she said.

Self-storage marketplace innovator Sparefoot won the games this year for the second time in a row, winning five gold medals and two silver medals in 10 events. 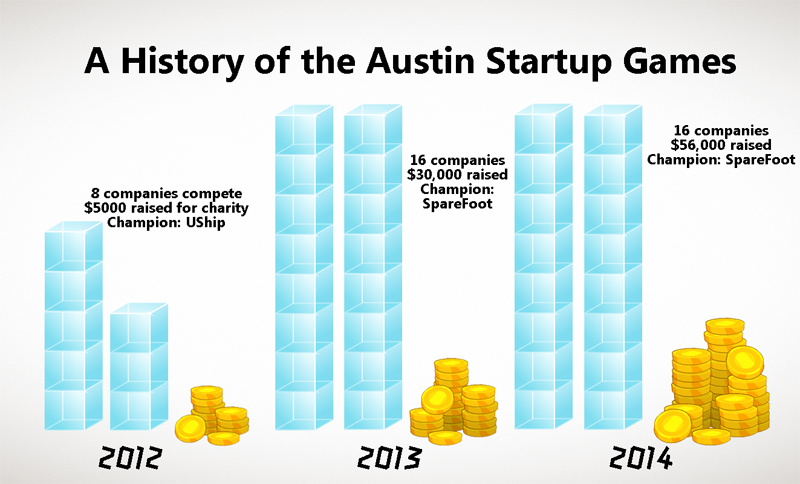 This year’s games involved 16 Austin companies and raised $56,000, plus a sizable pile of canned good donations for local food kitchens from everyone who passed through the door.

Photos from the 2014 Austin Startup Games

Photographs by Cassie Gallegos for Techzette