New Austinite David Johnston has the ability to fascinate, to make each story about his past ventures into the big data and biotech worlds seem new each time he tells them. The 28-year old entrepreneur, investor and technologist has a generally enthusiastic demeanor – not in the hyped-up caffeinated way, but in a way that’s all-encompassing. 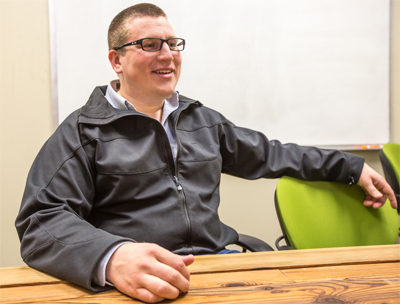 It’s this part of his personality, and his sharp thinking and self-motivation, that has helped move him along through various successful start-ups.  His most recent projects include BitAngels, the largest international investor group for start-ups that runs solely on Bitcoin, and Master Protocol/Mastercoin, a new technology that uses the bitcoin framework and adds to it.

On Johnston’s LinkedIn page, former colleague Darryl DeMaris called Johnston an “unstoppable self-starter who tackles innovative projects until completion.” And Sean Davdison, who co-founded a company with Johnston in 2007, wrote that Johnston “is a visionary businessman [… and] is fantastic leader and a pleasure to work with.”

Johnston is a mostly self-taught entrepreneurial renaissance man. He attended Maryland’s Howard Community College for a year or so back in 2004 before deciding “there is no greater teacher in life than first hand experience.”  He said he tries to live by the timeless chestnut from Mark Twain “I never let school get in the way of my education.”

Johnston speaks Mandarin, Turkish, German and English. He knows the ins and outs of economics, has delved into the cryptocurrency world, and is able to refine hundreds of ideas down to a successful business pitch. He’s into solar technology, foreign direct investment, international trade, nanotechnology and renewable resources. With such a mindset for new technologies, it’s no wonder he’s one of Austin’s new rising tech leaders.

“I decided at a very early age that I wanted to be a full-time entrepreneur,” Johnston told Techzette.com recently in a Techranch  private meeting room where he rents out business space.

A Business History of David Johnston

Johnston was 13 years old when he began investing and trading in the stock market.  Since then he’s founded and co-founded seven start-ups and has invested in or served on the board for various other innovative tech companies around the world.

He began his venture into emerging technologies in an online subscription system for books, Wired Fiction. He launched it in June 2002, at the age of 16. Johnston’s next start-up was his first foray into digital currencies with an online banking system for the virtual 3D world Second Life.

After he sold the virtual bank in 2007 to a virtual real estate company, Johnston delved into renewable resources and biofuels, but quickly realized the disadvantages of these types of investments

“The downside of renewables is you have to have an incredibly large scale to meet the economics. And that’s why we ultimately decided to sell the biotech company,” he said.

Johnston returned to the world of digital start-ups, but it wasn’t until 2012 that a friend introduced Johnston to Bitcoin, the decentralized digital currency. 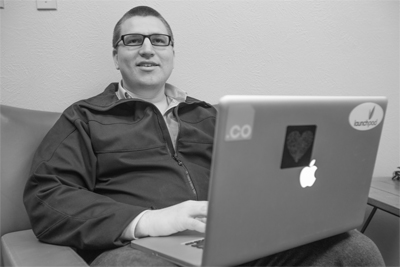 Bitcoin, created by Satoshi Nakamoto in 2009, is an exclusively electronic payment system based on mathematics and cryptography. The idea behind the system was to create a monetary system independent of any central authority that cut out the middle-man by being mostly peer-to-peer transferrable with low, if any transaction fees.

This emerging financial system held Johnston’s interest, echoing back to his My Second Bank venture.

“Once I wrapped my mind around bitcoin as a payment network I started investing in it,” Johnston said.

His attention to the new currency was fuelled by his love of free market Austrian economics, a school of thought which emphasizes limited government intervention, free markets and investment in private property.

“It’s not just a currency and it’s not just a payment network, bitcoin is a technology in the same way that in the early days of the internet the first killer app was e-mail,” Johnston said. People learned they could send messages to each other. But the internet wasn’t just e-mail, he said, people only later realized that you could do anything with the internet.

“That’s what it feels like. We’re reliving the early days of the internet. There’s only 10-20 million people that are using this geeky new system and it’s still hard to use. Most people don’t really know what it is or how it works. And they’ve just started getting the idea that it’s got one killer app – which is e-mail for money. I can send people money for free, instantly, any where in the world.”

And most people think that’s it, Johnston said, but developers like those at Master Protocol Foundation recognize its infinite possibilities. 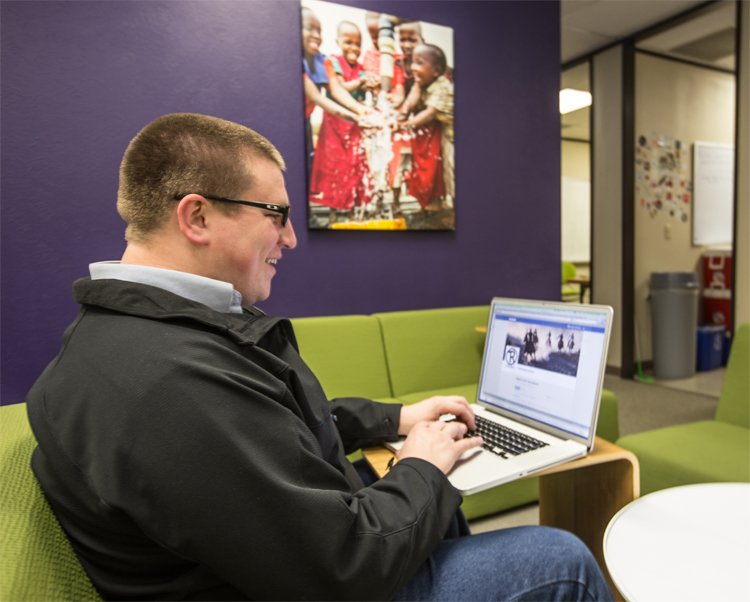 Always Connected. Johnston works more than 100 hours a week. When he is in Austin, you can find him at the TechRanch offices.

He had been living in Louisiana at the time with his wife Cayla, and decided to start looking for a good place to get more into the big data and start-up world.

After looking around other tech cities like San Francisco, Seattle and New York he decided to settle in Austin.

“The Austin gravity sucked me in,” he said. “Every time I would visit I would find a cool new partner or data scientist or somebody I wanted to work with. I found myself visiting every week and then multiple times a week. I was basically commuting from Louisiana to Austin… a quick six-hour drive.”

He and Cayla moved to Northwest Austin in January 2013. In May, Johnston attended the first Bitcoin world conference in San Jose, California and was drawn even further in to the world of cryptocurrency.

After the first day of sessions and being around “the smartest crowd” he’s ever been in, Johnston said he was hanging out with all the bitcoiners and ran into Michael Terpin, founder and CEO of social media marketing firm Social Radius. Terpin made an offhanded comment about there needing to be an bitcoin angel investor group. Johnston took the bait and put up a website the next morning. Terpin and Johnston held a meeting the next day and co-founded BitAngels.

“There was a pent-up demand for someone to do an angel group. And we just kind of rolled from there,” Johnston said. “Before we knew it we have 300-plus members and now we’re the world’s largest angel group of any kind. All we invest in is bitcoin.”

According to Johnston’s Angel profile on the BitAngel website, he’s invested in four different start-ups for the equivalent of $25,000 USD in bitcoins.

But BitAngel is just a side project to Johnston’s main time investment: Master Protocol, a framework built to work with Bitcoin’s already established protocol – or rules – using mastercoins, another type of cryptocurrency. 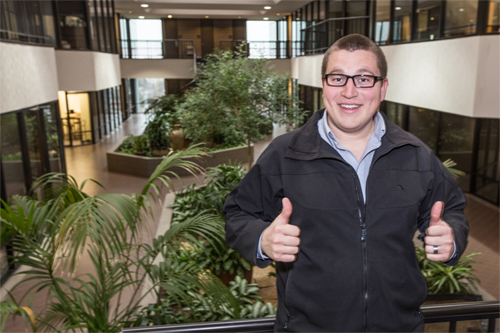 In September 2013, J. R. Willett – a bitcoin enthusiast and expert – launched mastercoin and the Master Protocol Foundation, with Johnston as one of the founding board members.

The premise behind building a different protocol, or set of rules, to lay on top of Bitcoin’s pre-existing rules came from the idea that bitcoin can be the basis for a whole host of online trading.

Master Protocol works with the bitcoin blockchain, or the public ledger and sequential record of all bitcoin transactions, to create new ways to interface with bitcoin. The blockchain records all current and past ownerships of each bitcoin in a way that prevents coins from being double-spent or falsified.

“Once you go further [into bitcoin] you begin to realize it’s a technology. It’s a platform you can build anything on. Because now you have a way to send – not just money – but any ownership token for a stock, a bond, a financial instrument, the title to your car, the title to your house, or whatever you can record in this public ledger,” Johnston said.

Johnston says it’s this new technology that could change the entire ecosystem of digital currency. In March, Master Protocol will be launching a new feature – Decentralized Exchange – which will allow different crytpocurrencies – of which there are at least over 70 and counting, including bitcoins and mastercoins, to be traded with each other without having a third-party get involved as is the case now.

Since taking up with Master Protocol, Johnston said his life has been quite busy, he travels a lot, almost every other week he’s on the road to a cryptocurrency conference. He was in Miami a few weeks ago and at a New York conference before that. This week he’s in Berlin and then will be moving on to Iceland and Scotland before returning back to Austin. 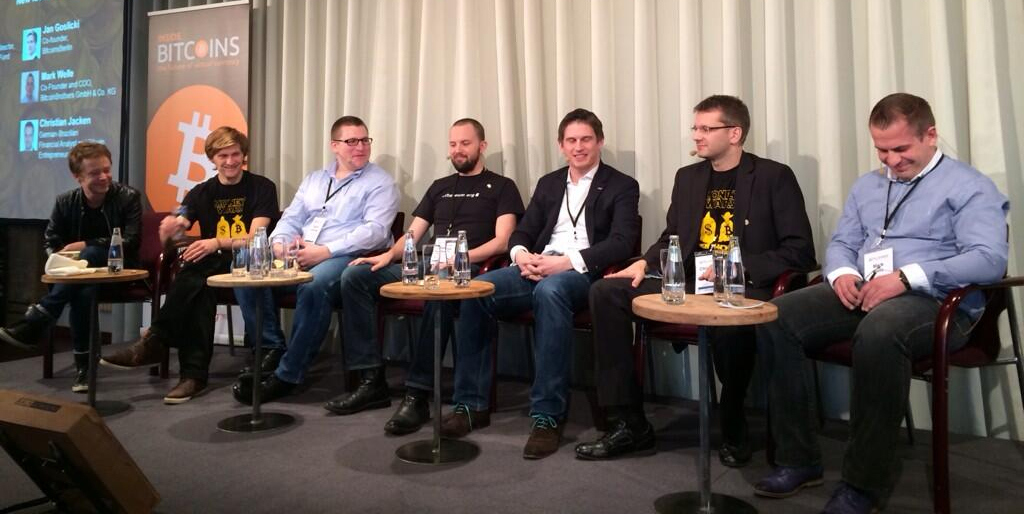 But Nikos Bentenitis, the lead on educating the public about mastercoin and Master Protocol, says Johnston has kept up his enthusiasm and leadership despite his new roles. Bentenitis first met Johnston at the Bitcoin conference in May 2013 and has since worked with him on mastercoin and BitAngels.

“David is a gentle leader who does not withhold praise from the people that he is working with. He is very easy to work with, even as he gets busier and busier,” Bentenitis said.