Tucked in a neighborhood in Austin’s West Campus district are unassuming cottages where five university students met with a big idea in mind.

Fast forward five years, the five founders are living that big idea with Mutual Mobile: an Austin-based mobile agency that specializes in creating mobile products for large brands. The company has expanded to over 300 employees in two offices – the other in Hyderabad, India, where one of the founders and Co-CEO, Tarun Nimmagadda, is from – with over 400 clients including Audi, Google and Pearson.

Sam Gaddis, Mutual Mobile’s Chief Marketing Officer and one of the five founders, said that while current Chairman of the Board John Arrow had brought the team together, they all had a skill set to contribute.

“I know five founding members seems crazy but I don’t think we would have been successful otherwise,” he said. “It’s much easier to do all the things that are exhausting when you have a stake in the company.” 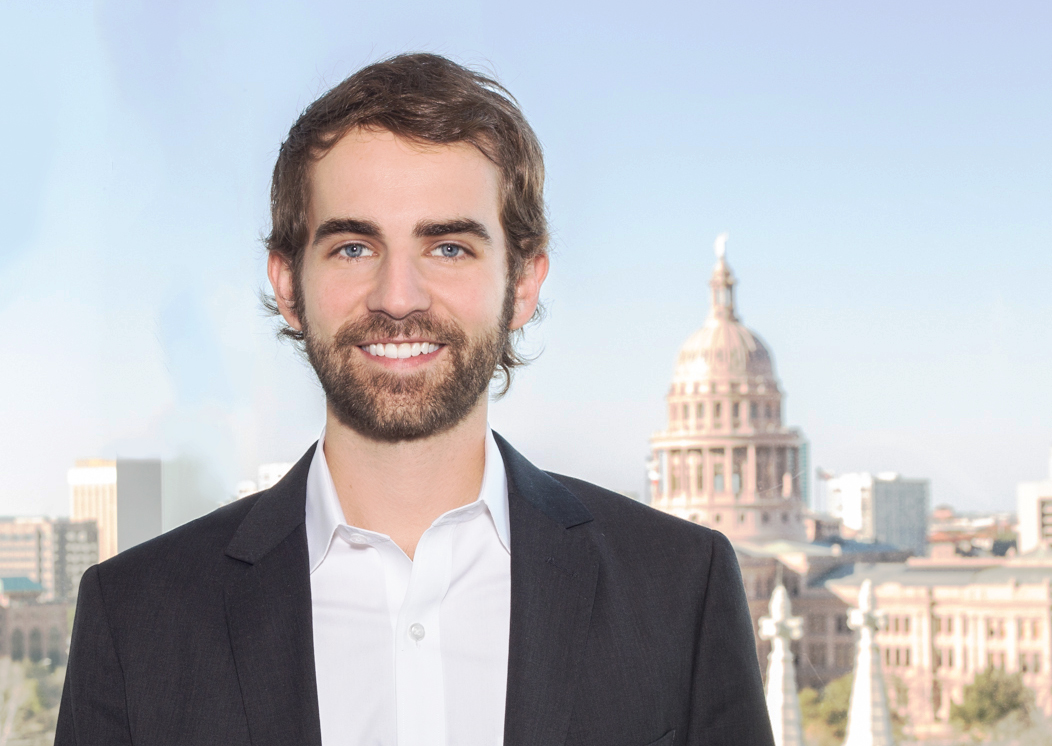 One of Mutual Mobile’s most recent and significant developments was its partnership with WPP Digital. Acquiring a minority interest in the company in August 2013, WPP Digital met all the standards the Mutual Mobile team was looking for in a partner.

“We wanted to find a partner who could help us take the business to the next level without compromising our independence,” Gaddis said. “We were wholly unwilling to give that up and that’s why it took so long to find what we were looking for.”

Thus far, the founding members think the process has paid off. Even before the partnership was finalized last August, Mutual Mobile’s un-audited revenue was $25.7 million with total net assets of approximately $4 million, as of Dec. 31, 2012.

The company’s early success had much to do with the fact that little competition existed when Mutual Mobile was founded.

“We were advertising app development services with no competition for about a year to a year and a half,” Gaddis said.

“By the time the big guys came in, we already had a portfolio. If we had a chance to compete, we would always win.”

At first, Mutual Mobile took any business they could take, often individuals or small businesses. When they started receiving calls from larger companies, they made a choice to stop their business with smaller companies and focus on the larger ones.

“We started getting a mix of actual companies and they seemed to be much easier to deal with,” Gaddis said. “We moved over to enterprise and that was a huge, conscious decision. When you graph our revenue, you can see how it hit us before it paid off.”

“For a long time, we were building products that met the business’ needs,” he said. “We found the most interesting projects were taking the user need into account.”

He added that one project that reflects those values and is their partnership with Union Bank. The bank approached Mutual Mobile insisting that people choose who to bank with not because of the reasons they used to – proximity to the branch, etc. – but for the digital experience.

“They want to be the bank that’s always on the leading edge with technology and cares about their users,” Gaddis said. “It wasn’t that difficult, you just have to be committed. It took a while but the results are phenomenal.”

Another sector Mutual Mobile is especially interested in is emerging technology. The company recently partnered with Pristine, a young Austin startup that wants to expand the uses of Google Glass to the operating room. 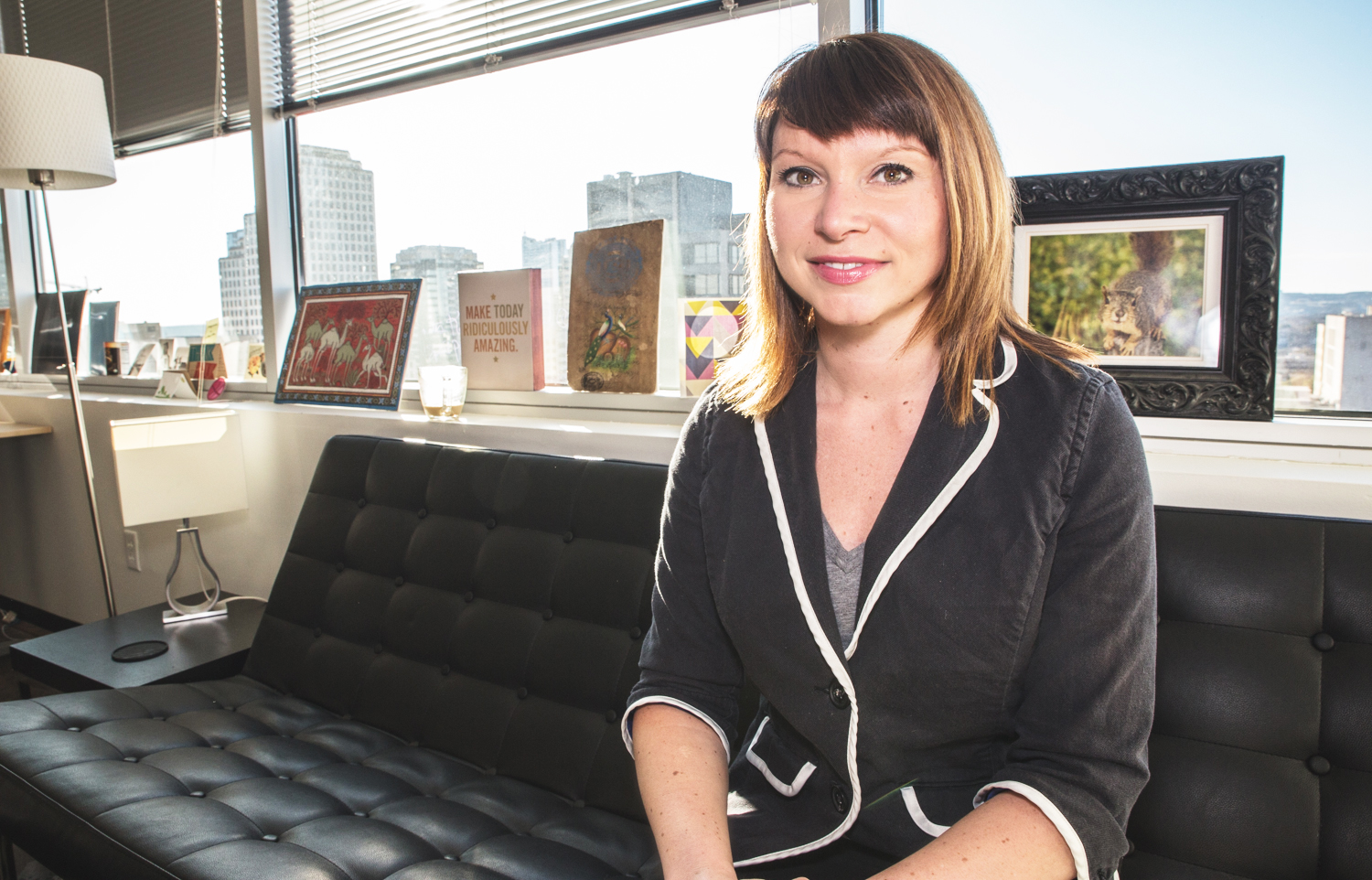 “The breadth of work is really changing,” said Jen Quinlan, Senior Director of Marketing at Mutual Mobile. “We are becoming an emerging technology software company.”

A recent partnership Mutual Mobile is particularly proud of is with Pearson- yielding a project called iLit, a tablet-based reading program for grades 4 – 10. They supported the creation of iPad software that engaged young students to read. It resulted in the classes averaging a gain of two years of reading growth in a single year.

“We had to have a deep understanding of the teachers, administration, and students while also figuring small things out like how to charge 50 iPads overnight,” Quinlan said. “We want to focus on noble projects that can be really valuable to people.”

Mutual Mobile has seen a lot of success in their short five years. Quinlan said they have learned from their mistakes very quickly and cultivate a relatively flat work environment with much support and collaboration.

“There has been a lot of blood sweat and tears but the leadership team really keeps an eye on the market,” she said. “We know how to deliver a really high quality product.”

As for what the future of Mutual Mobile looks like, Gaddis said he simply would like to stay ahead of everyone else.

“What we build and where it’s going will follow whatever people want,” he said. “We want to stay on top of the emerging tech.”

As for advice for future entrepreneurs, Gaddis insists that his best advice is along the lines of “Just start.”

“The [companies] that are successful are laser focused on getting customers to pay them for something at the cost of everything else including logo, name, etc.” he said. “Just have a relentless focus on getting that first customer and optimize later.” 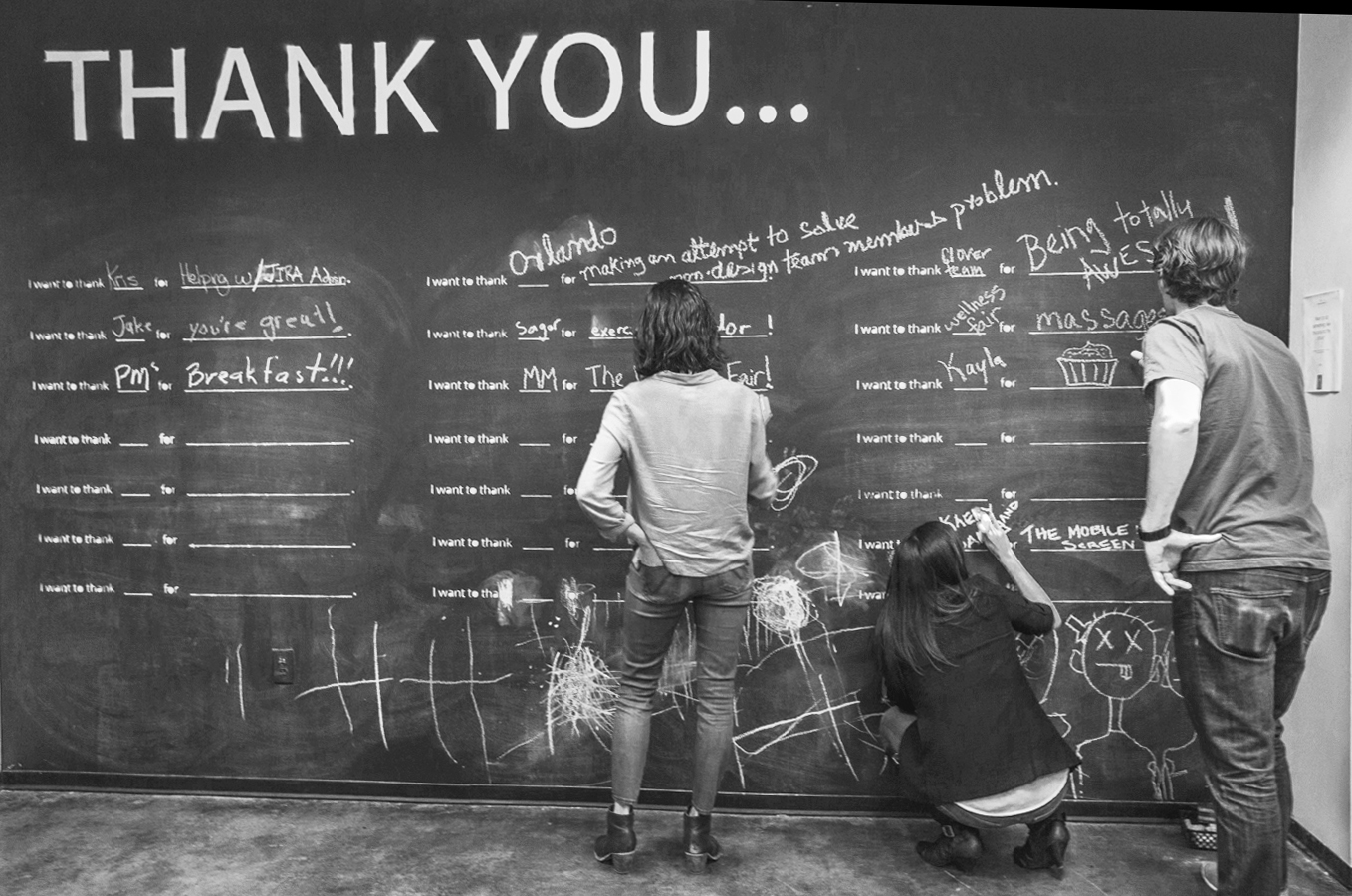 A wall in the Mutual Mobile office. Photo by: Cassie Gallegos