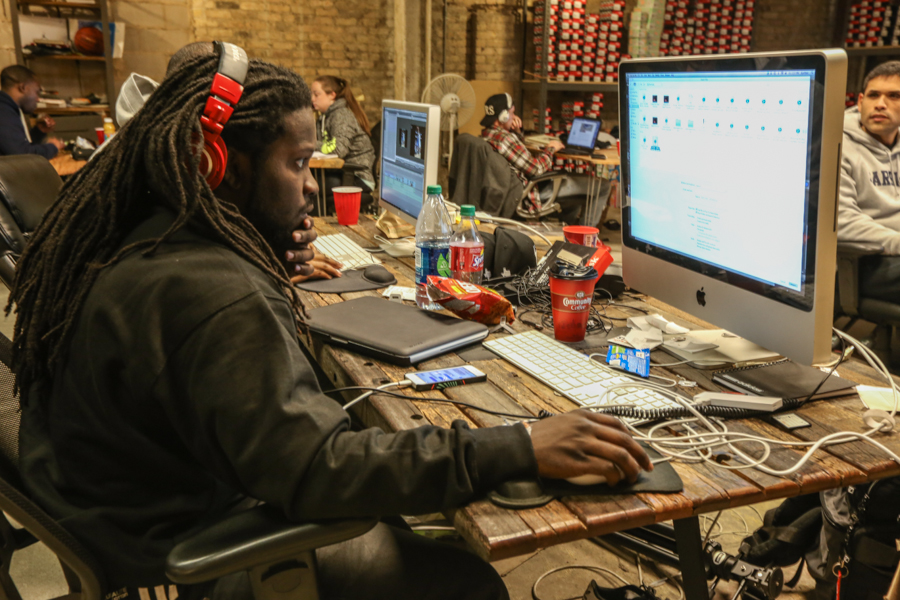 The “7 a.m. shoe bloggers,” fueled by soda, Cheez-Its, and coffee

Nice Kicks founder Matt Halfhill recalls his fascination with shoes beginning when he was sixteen and started his first job at a shoe store. As his enthrallment with sneakers grew, he found himself browsing the internet for other budding shoe enthusiasts. However, he was discouraged by many of the online resources he found.

“A lot of times, there was hatred toward the young people just getting into sneakers,” Halfhill said. “There’s a lot of snobbery in sneakers which I think there’s no place for.”

Halfhill’s distaste for the pretentious nature of the sneaker world inspired him to start Nice Kicks, a blog for enthusiasts to turn to for the latest sneaker news. Halfhill launched the blog in April of 2006 and, although he and his wife were the only contributors at first,by 2008, Halfhill and his wife had their own office and four writers. By February of 2010, the Nice Kicks retail store opened, solely funded by Halfhill’s personal funds. 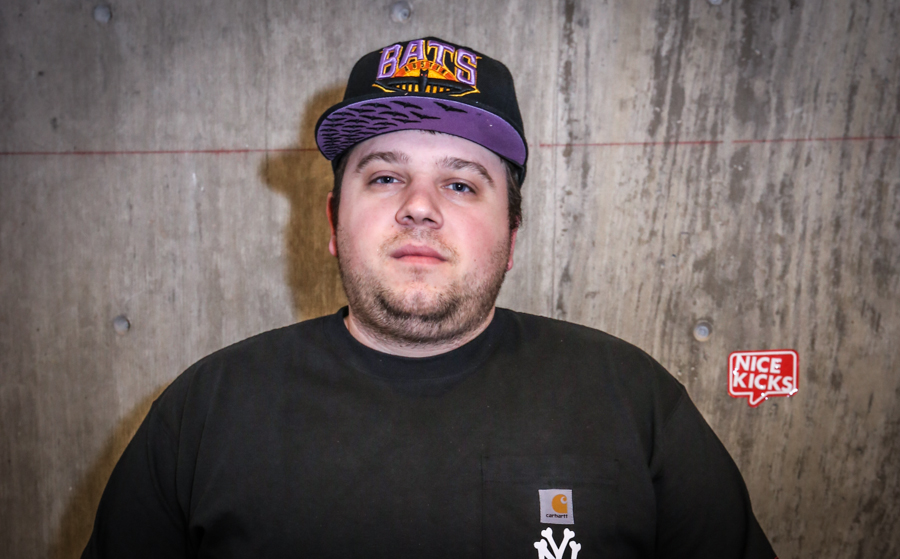 Tucked inside a traditional office building in downtown Austin, the Nice Kicks space has more energy than the rest of the offices combined. Light music playing in the background, shoe boxes everywhere and a friendly staff who all have one thing in common: a love of sneakers.

“That’s just a part of the startup life,” he explained, noting that he stayed up until midnight the night before writing a post for the blog.

Along with the 30 + daily posts on the Nice Kicks blog, the store is also keeping up with the shoe community. Halfhill said they host a big shoe release almost every weekend and that sometimes it can get out of hand. In this case, Halfhill said Nice Kicks will do a raffle for the shoes rather than first come, first served.

“We want to keep things safe for everybody,” he said. “We don’t want anyone getting hurt trying to get a pair of sneakers. It’s all for fun.”

The most hyped shoes they released were the Nike Air Yeezy’s, with over 2,000 people in attendance. For that particular release, they sold raffle tickets and raised over $12,000 for the Austin Children’s Shelter. Nice Kicks continues supporting the shelter with annual charity auctions and contributes over $10,000 a year.

Although the brand has quickly become a leader in all sneaker related news and information, Halfhill maintains that Nice Kicks’ goal is to make sneakers accessible to everyone.

“We make sure our content is informative and accessible,” he said. “We don’t want anyone feeling judged for being new or asking questions.” 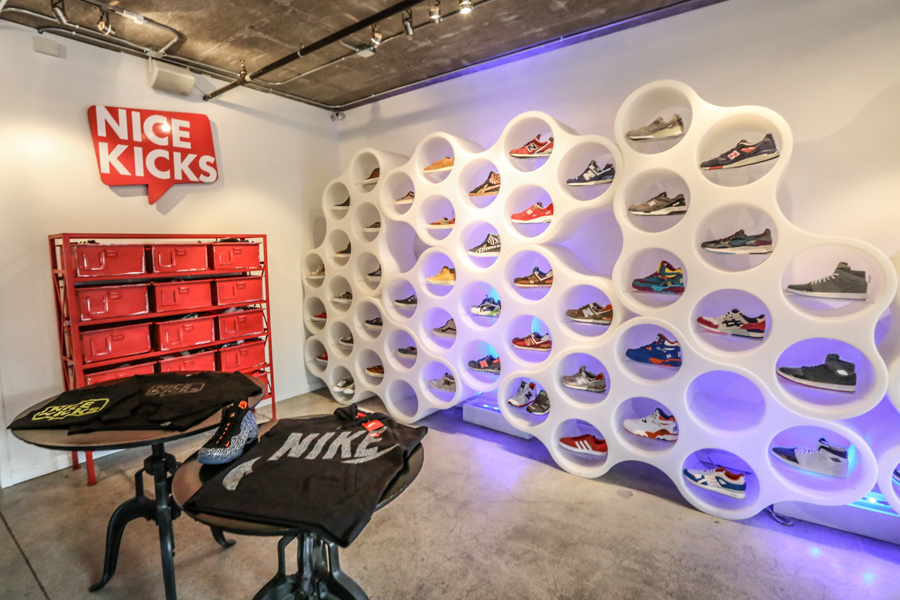 The Nice Kicks Store at 2815 B Guadalupe St, Austin, TX

Halfhill noted that the biggest challenge for Nice Kicks has been the growing pains and making sure the company is well equipped for new changes and growth as they come. Halfhill welcomes future growth, but is not sure he wants it to be anywhere outside of Austin.

When asked how many hours a week he dedicates to Nice Kicks, he chuckled and said he wished he could say 40.“I really want the brand extension to be here in Austin,” he said. “It’s where we’re from and it’s the city that’s provided the opportunity for us so I kind of just want to keep it here. I don’t want to divide my focus.”

“Honestly, every waking moment I’m thinking about something [related to Nice Kicks],” he said.

However, as many late nights as he may have or as crazy as a release may get, Halfhill and his staff, both at the store and on the blog, understand the importance of their work and the why it goes beyond the physical shoe.

“All of these shoes have connections that are deeper than just the leather and rubber that puts them together.”

By Marleen Linares.
Photographs by Cassie Gallegos for Techzette.