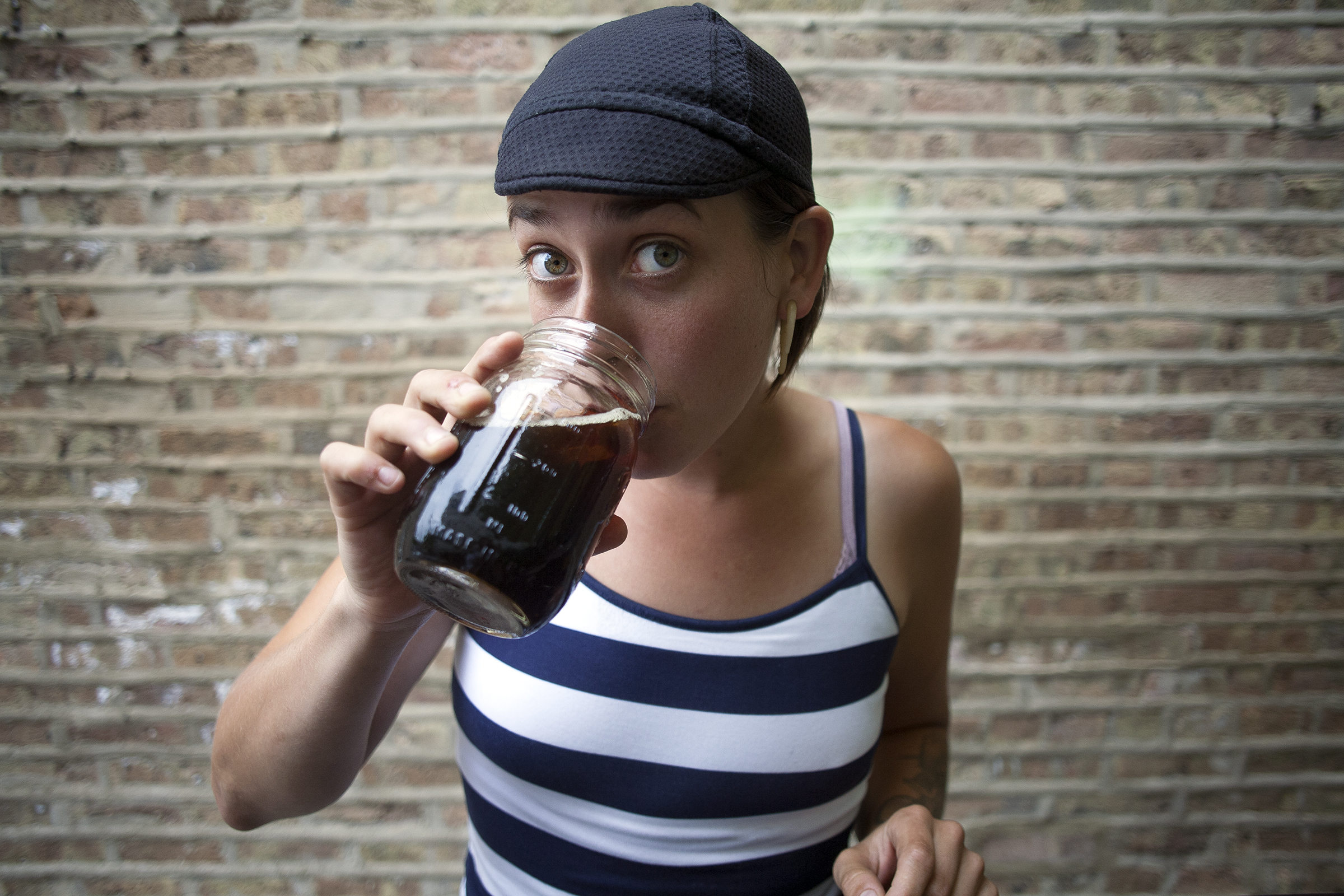 The Brew Hub, founded in 2013, has been a one-woman show starring Sara Travis delivering coffee from the back of her bicycle all around the city of Chicago. Travis has several years of experience working in various areas of the coffee industry and even assisted in the creation of two Chicago coffee shops. Her enthusiasm for the coffee industry and her love of her bicycle sparked the idea.

Through her experience with the traditional coffee shops, she learned retail coffee is not easy high overhead, low margins, and strong competition. She figured she’d turn the traditional model on its head; Instead of starting a coffee shop with equipment and staffing overhead at a fixed location, hoping it does well and expanding to multiple locations, she decided to start out with multiple locations and the overhead of a single shop.

“I realized that working in coffee was not just what I enjoyed doing, but the only thing I wanted to do,” she said. “I also realized that my bicycle wasn’t just a way to get to work, but a vital part of my daily life that had completely changed the way I interact with my community.”

One of the Brew Hub stations.

Sara said since launch, the business has shown promise despite its challenges. She had no permits – street vending is illegal in Chicago – couldn’t park on public property for more than a few minutes and was introducing a new business type no one had ever seen before.

While operating Brew Hub last summer, Travis partnered with Nathan Lyle Black and Frederick Lowe. Black is the chief equipment technician, head of control and barista trainer and Lowe is the technologies officer.

Although successful, overcoming the permit hurdles of Chicago was still an issue. That’s when Travis’ partner mentioned expanding to Austin as a solution. After a quick 48-hour visit, Travis was hooked.

“I’m sure a large part of it was the 65 degree days when Chicago was -10,” Travis joked. “But once I learned about the vast differences in political landscape between Chicago and Austin, I was hooked. Austin welcomed us when Chicago turned us away.”

Launching in just a few weeks, Travis said the Austin Brew Hub will be a major upgrade to her one-woman show in Chicago. There will be four Rigs – Brew Hub carts – that will leave a central location, travel to its permitted location, utilizing bicycle lanes whenever possible, and then travel back to the location in the evening. As of now, the central location is a shared kitchen space to brew and keg the coffee and tea. There is also a storefront in the works, however, which will become the central prep space upon completion. 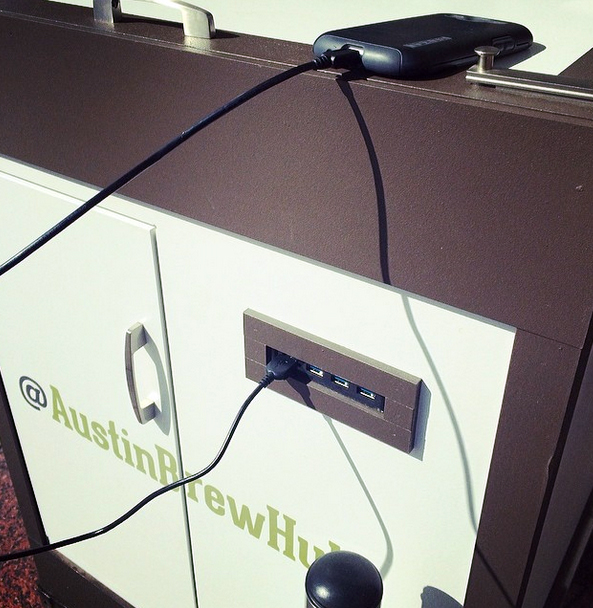 Travis brought seven people from Chicago down for SXSW to test the waters, specifically with their newest Rigs that went over very well. They added a USB charging port to each cart that up to four devices can be plugged into as they drink their coffee. Although the Rigs are currently battery-powered, Travis said the plan is to incorporate solar power very soon.

“SXSW was a learning experience above all else,” Travis said. ”The feedback we received was all positive and Austin does seems ready for us. We really ironed out the operational kinks so that we’re ready to hit the ground running as soon as we arrive permanently next month.”

Travis said her goals are endless for The Brew Hubs future. She said she aims to further grow the bicycle infrastructure in Austin and help change the minds of people whose solution to traffic problems is more roads.

“I want to show people in a very obvious and literal way, that bicycles aren’t just for recreation and that you don’t need to have a car to get to work or the grocery store,” she said. “ I’m a new kid in town for sure, but Chicago has many of the same problems. We’re looking to push what it means to be eco-friendly and prove that you can have beautifully prepared beverages from friendly folks brought right to your door.”