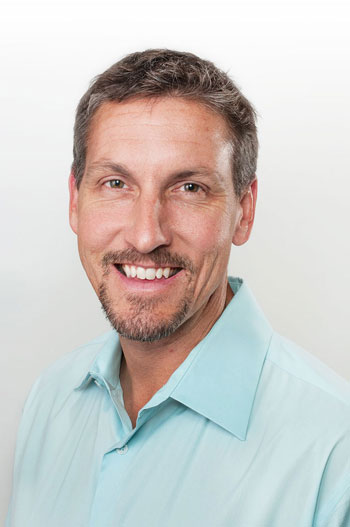 When other tech entrepreneurs scrambled to carve out their own niches at the beginning of the smartphone boom in 2007, Alan Knitowski saw the bigger picture.

Instead of competing against hundreds of companies offering individual services—content management, hosting, advertising, analytics and so on—Knitowski decided to compete against all of them with one streamlined product. He wagered that people seeking to get into the mobile market would rather buy one service that does it all, opposed to a multitude of specific services from different companies.

“Nobody wants 12 partners for procurement with 12 sets of hardware and 12 people pointing fingers when nothing works,” Knitowski said at a Startup Grind Austin meeting last month.

His solution? Enter Phunware, the pioneer of “mobile-as-a-service.” Phunware offers a cloud-based, fully integrated software infrastructure that allows clients to manage every aspect of their mobile applications in order to monetize users. For every person that owns a smartphone—now more than one-fifth of the world’s population—Phunware sees a potential dollar sign for its clients. The services Phunware provides to companies, in effect, make it easier monetize mobile users through advertisements, in-app commerce, and social network sharing, while providing enhanced features that will keep users on their apps such as interactive polling and multiscreen capabilities for television shows.

Phunware’s goal, Knitowski said, is “to engage, manage, and monetize every connected device on the planet.”

Phunware’s clientele might explain such growth. From the NFL to NASCAR, the Discovery Channel to National Geographic, NBC to CBS, and Sony to Sprint, Phunware’s client list is nothing short of a who’s-who in the corporate entertainment and technology world.

The “fun” in Phunware comes from the game-like mechanics such as leaderboards and interactive polls that brands can implement on their apps, while the “ware” comes from the content hosting and management services it provides.

Phunware’s advertising offering, TapIt, links clients to over 30,000 advertisers, producing over six billion impressions a month. Phunware acquired TapIt last January for $23 million—a significant investment for the company. After the acquisition, Knitowski told TechCrunch.com that TapIt “will represent the core of our [mobile-as-a-service advertising] offering globally and will facilitate the monetization associated with free and freemium mobile applications.”

In the first half of 2013, mobile advertising generated $20 billion in revenue—a 20 percent increase from the same period last year according to an October report by the Interactive Advertising Bureau. By integrating location services and curating users’ content generated on social media into its advertising platform, Phunware’s TapIt software provides its clients with the ability to promote relevant ads to individual users based on their physical location.

One of Phunware’s clients, King—the maker of the highly popular freemium smartphone game Candy Crush Saga—relies heavily on this feature. When users lose all of their lives in the game, they have to wait for a timer to pass before they can play again. The more they play, the longer the timer becomes. To end the timer, users can either invite their Facebook friends to play Candy Crush Saga—or they can make an in-game purchase to end it. King uses Phunware’s services to help grow and monetize their audience. With millions of players, the game generates about $600,000 to $800,000 in profit for King every day. For every new install of the game, Phunware earns about three to four dollars, because King knows the average player will spend more than ten dollars on the app, according to Knitowski.

The Candy Crush Saga case study is a good example of why Phunware has grown so much. Functioning with just under 200 employees, Phunware runs a tight ship. The company has never received venture capital, private equity, or corporate strategic investment. Joining Knitowski on the company’s executive team are President and COO Hans Erickson, the former Vice President for Global Business Management for Advanced Micro Devices, and Chief Technology Officer Luan Dang, who previously was the President of Strategic Investments for Curo Capital LLC and President of Alternative Investments for Trymetris Capital Management LLC.

Knitowski, a serial entrepreneur and Army veteran, got his start in Silicon Valley in 1996, where he worked for–and then worked to bankrupt–Northern Telecom. According to Knitowski, the company had reneged on a stipulation of his employment contract that would have paid for him to get an MBA degree. In 1999, he quit and formed his own company, Vovida Networks, which open-sourced the software that Nortel made. Knitowski said his business model with Vovida Networks was to “annihilate every bit of profit Nortel made” by “giving everything away for free.” Cisco acquired Vovida in 2000, which crippled Nortel and eventually led to the company’s bankruptcy in 2011.

He is now presiding over Phunware, an almost five year old company that is the fortieth-fastest growing in the country,  according to Inc. magazine’s annual 5000 list. In order to create, the way he sees it, one must sometimes destroy.

“Hell hath no fury like a scorned serial entrepreneur with access to a crapload of capital,” he said at the Startup Grind Austin event.

Nice Kicks and the Secret Behind Shoe Blogging

Dec 11, 2013
Get our free newsletter
Latest headlines delivered to you weekly