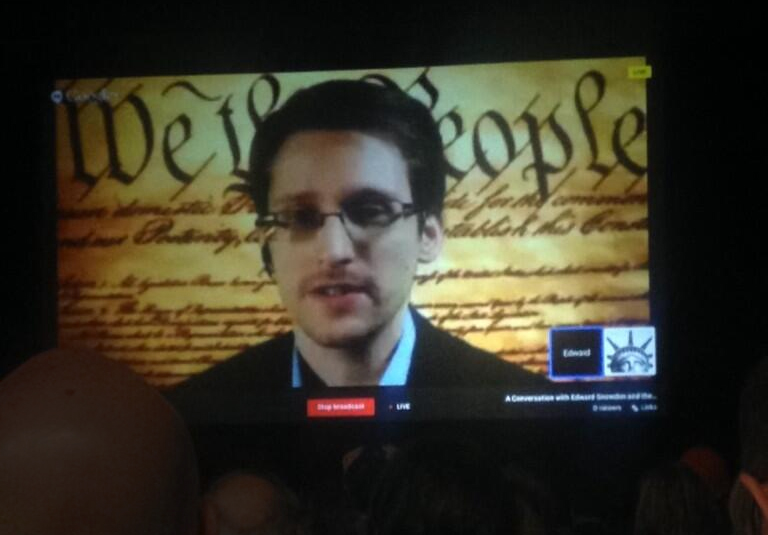 In an interview with Forbes, Snowden’s lawyer explained why he chose SXSW for his first live video appearance.

“This is definitely one of the most anticipated events this year,” said one SXSW attendee. “It’s crazy that he’s calling in here.”

Throughout the festival, there has been hype – around sessions featuring Tilda Swinton, Nicholas Cage, and other pop culture celebrities, – that almost overshadowed Snowden. Many reported lines just as long, if not longer to see American Filmmaker and actress’ Lena Dunham’s session.

However, those who did attend Snowden’s call were reminded of the purpose of the festival.

Although it is easy to be drawn to the fanfare SXSW creates, one should look past veil of company flourish and celebratorial tune to find the festival’s true value: assembling the necessary voice to that which affects our daily lives.