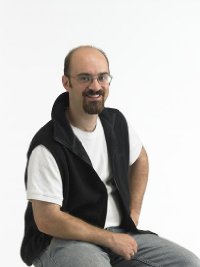 Once a month, in 10 states across the country, leaders in the upcoming tech industry rise early for coffee, breakfast and to hear about the next big thing.

TechBreakfast is an unconventional pitch meeting where five companies deliver seven-minute demos to a room full of tech enthusiasts. Started in 2011 by Ron Schmelzer, it began as a side engagement that served as a hobby for the entrepreneur. Familiar to the tech industry through previous jobs, Schmelzer moved to Baltimore in 2011 with a drive to make new friends in the industry that he knew best.

“There were a lot of tech meetups at the time,” Schmelzer said, noting he was disappointed with the formats he had encountered. “But I wanted to directly connect with my peers.”

And thus, TechBreakfast was born. Schmelzer invited five startups in Baltimore to demo their brand at a breakfast meeting open to the public.  He insisted on having the meetup in the morning since it is generally a less busy time and people are more likely to be inspired.

“At evening events, people just come home with a stack of cards and don’t remember anyone the next day,” he said. “When you see stuff in the morning, you’re likely to bring what you learned to work and maybe even drop someone an email.”

At first it was just a side project for Schmelzer, who was still running his software company, Bizello, full time. However, it became clear that Schmelzer had discovered something the tech industry was lacking. By the next year, TechBreakfast had grown to several cities along the east coast and the meetup group had reach over 2,000 members. That was when Schmelzer knew he was onto something.

At that point, Schemelzer decided to focus his attention on cultivating and expanding TechBreakfast full time. In two years, it expanded to 10 cities including New York, Washington DC, Philadelphia and Silicon Valley.

“The format works everywhere,” he said. “People like seeing cool technology first thing in the morning.

TechBreakfast is currently running in ten cities in the U.S.

TechBreakfast came to Austin last September when Monica Berrondo, a former presenter at a Baltimore TechBreakfast, suggested Schmelzer bring the event to Austin.

“The only difference in Austin is that we have to get breakfast tacos instead of bagels,” Schmelzer joked.

Schmelzer is still directly involved with choosing the five companies that get to present at each TechBreakfast in each city. However, he said the bar is pretty low: the company has to be technology-based and it has to be presented via demo.

“People say ‘I want to talk about-‘ but we’re here for you to show, not tell,” he said. “You can present the most interesting thing on PowerPoint and it can still be boring.” 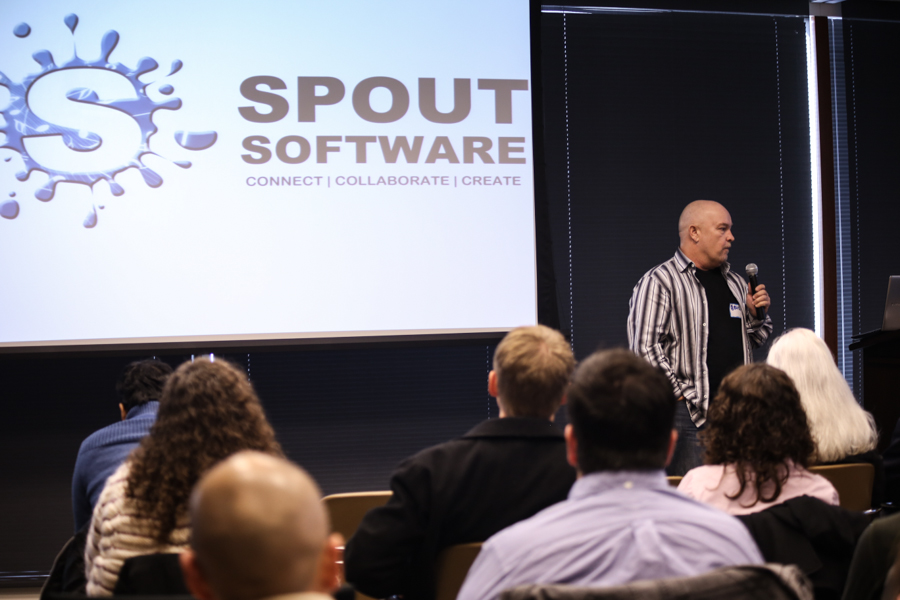 Schmelzer said expansion was initially dependent on proximity. Calling Baltimore its hometown, TechBreakfast had many cities to expand to that were only a train ride away. But before long, there was a demand for a TechBreakfast at every city with a budding tech community.

“There is tons of demand for TechBreakfast to come to other cities,” Schmelzer said. “I just need to hire somebody to run them all.”

Schmelzer is dealing with balancing the high rate of expansion and the resources he has available to successful execute it. He is considering franchising the event and creating chapters but has hesitations.

“I want to keep the original format because it works so well,” he said. “I don’t want to dilute the brand.”

Ideally, Schmelzer would like to have a national sponsorship that would support a TechBreakfast in every city with a tech scene. He would then have regional leaders managing the events. Currently, TechBreakfast has 10 sponsors in each city supporting the event.

Schmelzer said the hardest part to replicate about TechBreakfast is the tone. As someone with lots of experience with pitch meetings, he understands how critical and uninviting they can be and thrives to make TechBreakfast a completely different experience.

Solstice presenting at the December 2013 TechBreakfast in Austin.

Schmelzer insists TechBreakfast has cultivated many connections that have yielded positive results. One example is Riide, an electric bicycle company that had a demo at several TechBreakfast’s on the east coast and announced their plans for a Kickstarter fund at each one. Within the first 8 hours of the launching the Kickstarter, Riide raised $50,000.

“The people that watched the demo at the different TechBreakfast’s fel personally involved and wanted to help,” he said.

As for the challenges Schmelzer faces with TechBreakfast, he notes scaling as the largest one.

“I would love [a TechBreakfast] in every city with a tech scene, no matter the size,” he said. “ I need to find both a method and means to scale properly.”

Other than searching for national sponsorship to expand the event, Schmelzer wants to make the event more inviting to those who are introverted and illustrate how beneficial it can be. Schmelzer noted that many large investors, even behind their nice suits and roles of power, can be timid and, therefore, have a limited experience. He hopes to make the TechBreakfast’s more inviting and accessible by focusing on making every attendant comfortable.