In the early 1990’s, Austin’s tech scene was just beginning to develop. On the cusp of the industry’s growth emerged a young leader with a vision to catapult his family’s legacy to success. 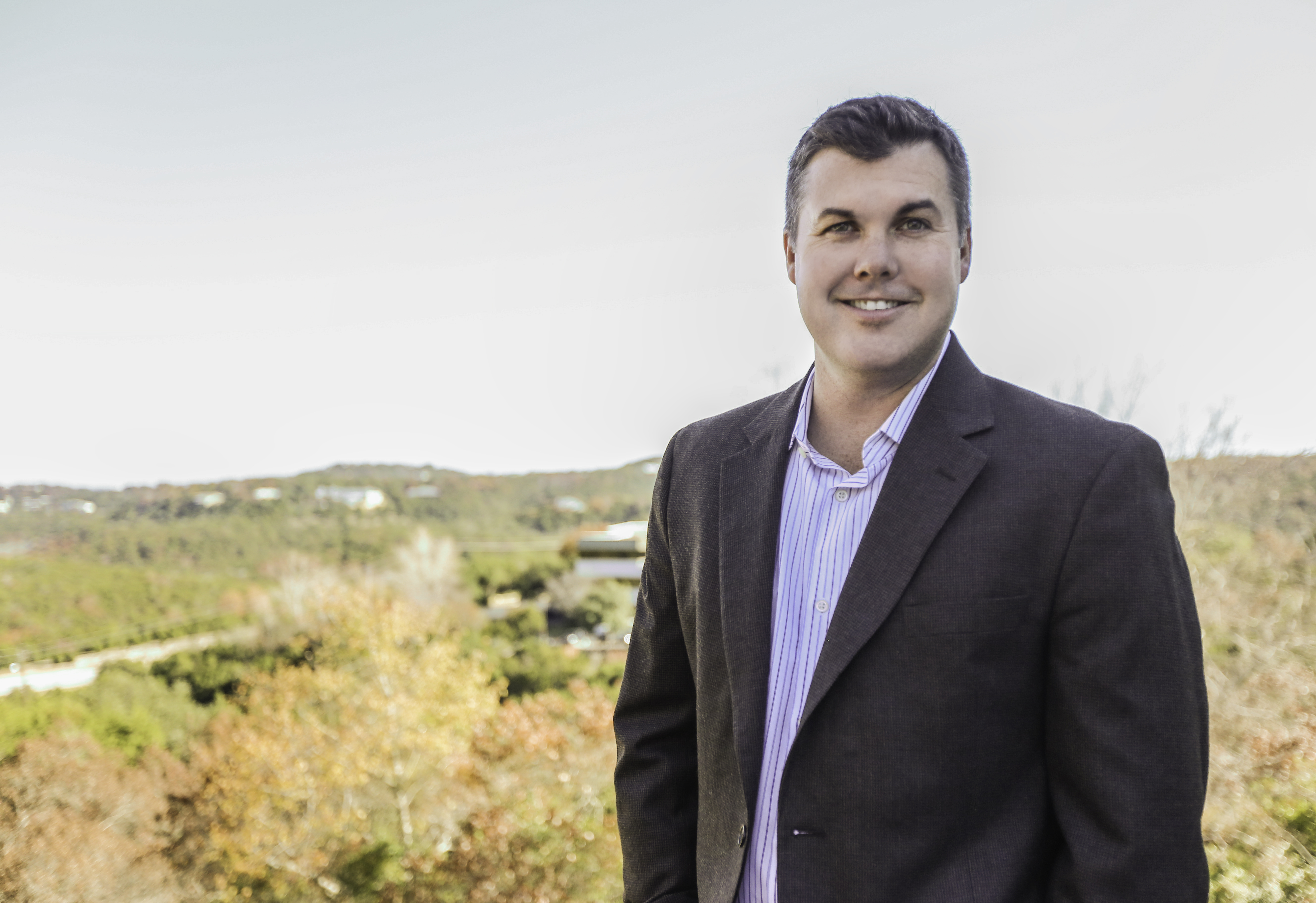 “What instills passion is purpose,” said  CEO Rick Lundbom when speaking to the growth of online appliance retailer, LivingDirect.com. Built on homegrown values and a belief in the providing service to others, Lundbom turned the start-up into a multi-million dollar enterprise.

“It didn’t matter what we were selling,” he explained. “Those were just solutions we had to figure out. To me, building the website was interesting … but that’s not where my passion lies. My passion is around building and placing and figuring out how to create something that can make a difference somehow.

The Living Direct corporate environment is a cool, calm, and collected reflection of the CEO. Large, crystal-clear windows frame a picturesque view of Westlake’s gently rolling hills as employees manage online shopping cart information and take phone calls from customers. Having the company’s “warehouse” only a few feet away makes it easy for them to tell a costumer why their mini-fridge is making that clicking sound.

Lundbom explained how this corporate environment is a manifestation of his own roots.

“My dad came from Texas to Oregon and formed his own business, and he had his ups and downs. He was the typical sort of ‘sales guy’,” said Lundbom. 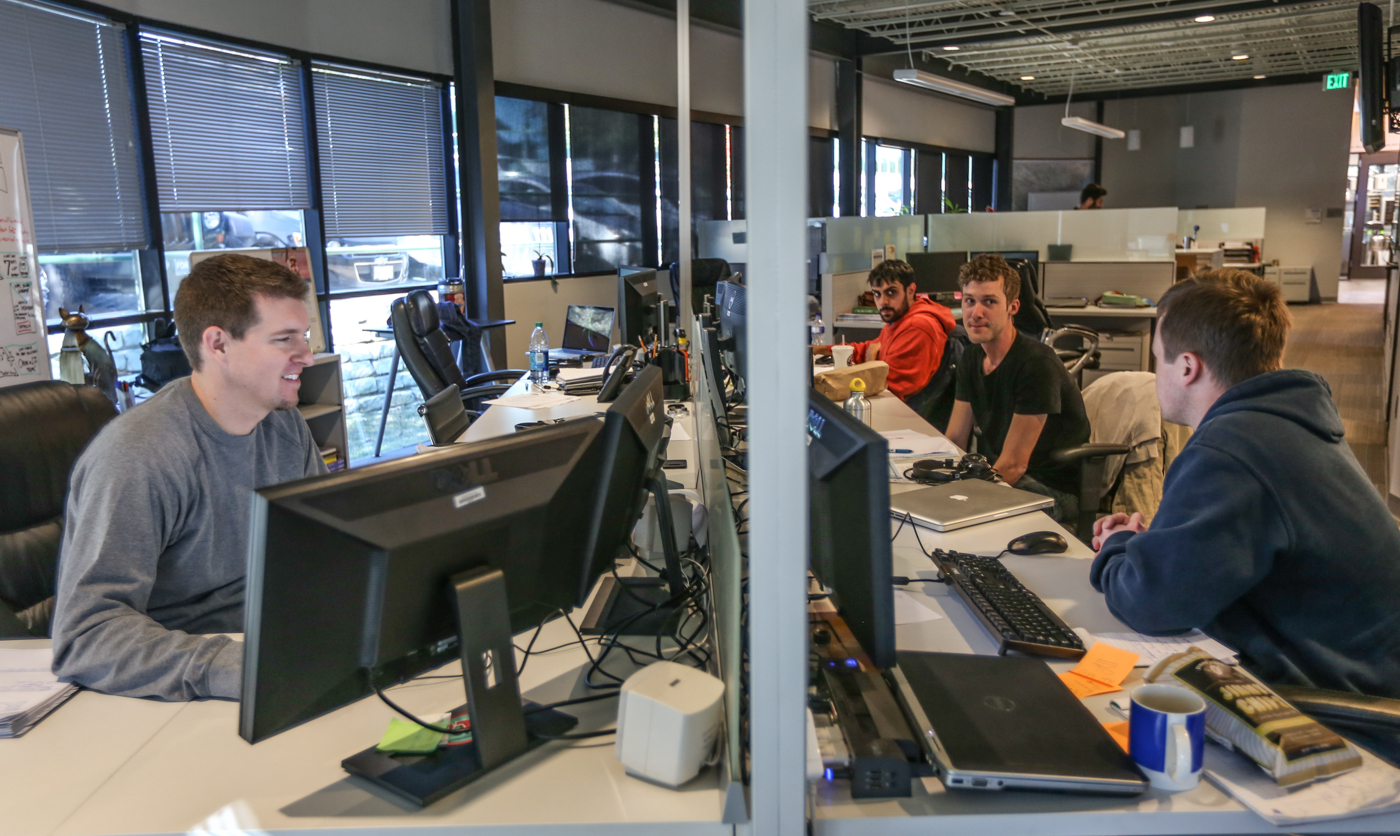 His father sold washer dryer combo units that were popular in Europe but making very little impact in the States. Learning his father’s business gave them something to bond over, but Lundbom made it clear to his father that his passion was outside of the home appliance business.

After losing interest in business consulting, Lundbom continued his education in finance while teaching himself to code. His studies eventually rewarded him with a phone call offering him a long sought after dream career in IT.

“On a Friday, at 3 o’clock in the morning,” Lundbom reflected. “I was staying with my mom in Arlington… I got a call that my dad passed away.”

Lundbom’s father died in a boating accident. This tragic twist of fate transformed the young Rick Lundbom’s dream career into an abrupt arrival to the doorstep of an industry that ignited little spark within him.

“It wasn’t a choice to follow in my fathers footsteps.”

“He had this business with twelve to fifteen people working there, largely [comprised of] family members, which was given to me and my sister… of which I’m in charge,” Lundbom recounted.

At the age of 24, Rick Lundbom “had no idea of what to do.” Consequently, the new leader was forced by inexperience to layoff his family members. “That’s something that bothered me for a long time,” he said. Although Lundbom was unable to continue running the business, he continued to learn from his father’s successful business practices.

After years of re-establishing his professional focus, Lundbom’s eye fell squarely on a few squiggles inked onto his father’s business card.

“One night, I’m sitting there and I’m looking at my dad’s business card and it says ‘the ones to call for Compact Appliances,” said Lundbom. “I don’t even remembering having heard him speak the words ‘Compact Appliances.”

Lundbom registered the domain name and built a website for Compact Appliance. He researched energy-efficient, space-saving home appliances and began to sell them on the site. 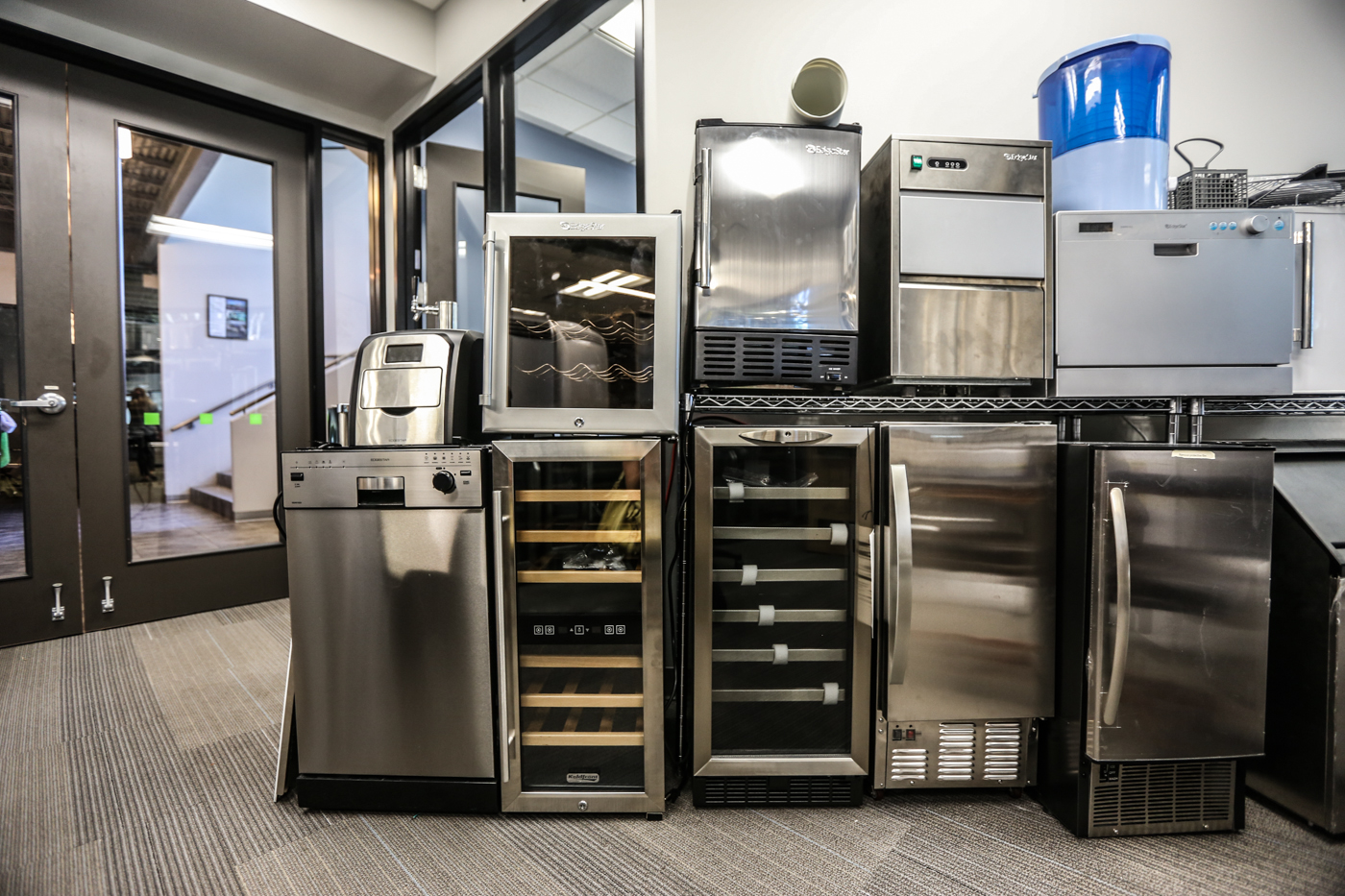 Just some of the compact appliances sold by Living Direct

On October 16, 1999 Lundbom had his first successful online order – only three months after discovering the business card that spawned an enterprise.

Ninety days later the website’s modest baby steps turned into a full-on sprint. “From there,” he said, “it was just: ‘Hold on!’”

“When I was building the company and coding the website and watching the craziness around Austin that was ‘1999’, and Living.com was raising crazy amounts of money,” Lundbom recounted, “I just remember thinking, what a wonderful domain: Living. You can do so much with that.”

Technological innovator and Founder of Dell, Inc., Michael Dell gave Lundbom sound advice during a one-on-one conversation at a tech convention. Dell’s message was to “grow” and continue moving the business forward in a way that is both beneficial to customers and employees. After the conversation and re-evaluating the company mission, Lundbom continued to move forward with an idea for his company’s name that embodied a personal yet entrepreneurial spirit that resonates with customers.

“The concept of being ‘direct’: it describes me. I say what I think,” Lundbom explained. “It’s also the concept that we need to be as direct and serve our customers as directly as we possibly can.”

This mission to serve their customers led Living Direct to execute their own design concepts, developing into trusted brand names that can be found at Kegerator.com, AllergyandAir.com, WineCoolerDirect.com, and several other branches of the Living Direct network. 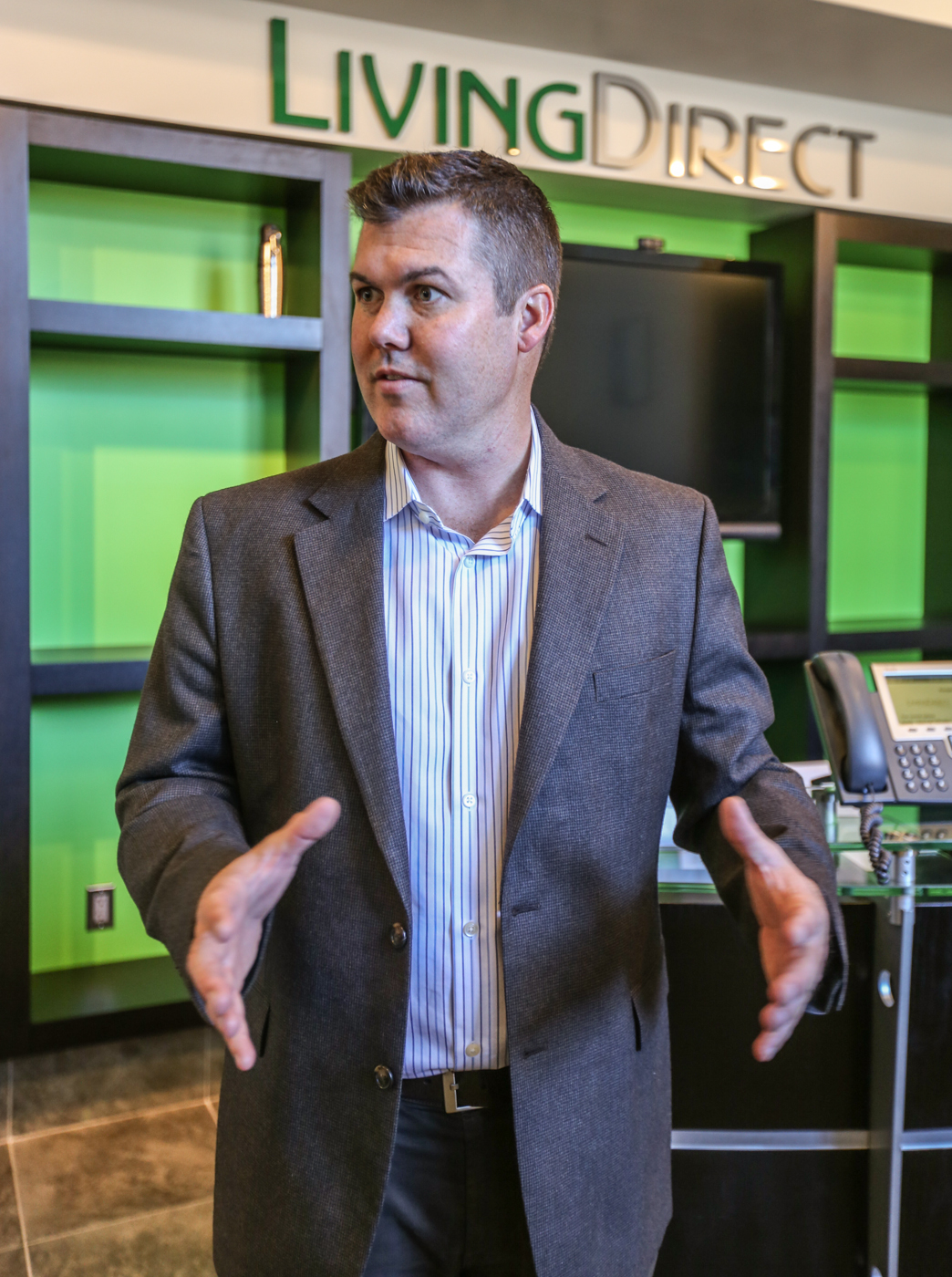 Over the course of fourteen years, Lundom’s start-up company has excelled through dedicated customer service methods that continue to evolve with the times. Using social media to determine the specifics of their growing markets, Living Direct refuses to treat their customer base like nameless, faceless keywords. By narrowing down the interests of their customers and segmenting them out, the company has created a value-based online social community. Customers are provided with product information that is beneficial and one mouse click away.

By directly addressing customer needs and delivering products at low shipping costs, LivingDirect.com has not only changed the online appliance retailer’s profits by propelling its other brands forward, it has changed its founder.

“The best thing for me is that I get to see firsthand, across the entire company, people come into all the different roles and then make something better of themselves than when they showed up,” Lundbom said.

“I get a ton of satisfaction out of when folks really kind of persevere. It’s all on them. Seeing folks grow… it’s really just seeing the growth. It’s been beyond my dreams.”

When asked about bringing the company’s approach to customer service to a physical retail store, Lundbom says that he doesn’t want to reinvent the wheel but may consider the possibility of a strategic partnership. “I’m not interested in building out of brick and mortar. We’ve got the digital capability. We’ve got these brands… let’s work with [a company] that’s already got some physical retail. I think replicating “the box” doesn’t necessarily interest me but [maybe] some element of a partnership.”

For over a decade, Living Direct has sold an array of efficient appliances for  small spaces, and will not step on the brakes anytime soon. Specialty cooling products and air cooling products, wine cellars, ice makers and Kegerators have all been a part of the company’s growth. Now Lundbom and his team are focused on brand strategies to take LivingDirect.com even higher among the ranks of the top 100 e-retailers.

“We’re really working on developing a brand and continuing to grow the business,” says Lundbom of his vision over the next several years, where he projects the company will be three times as big.

“We want to continue to grow, and continue to serve our customers. That’s the name of the game for us.”