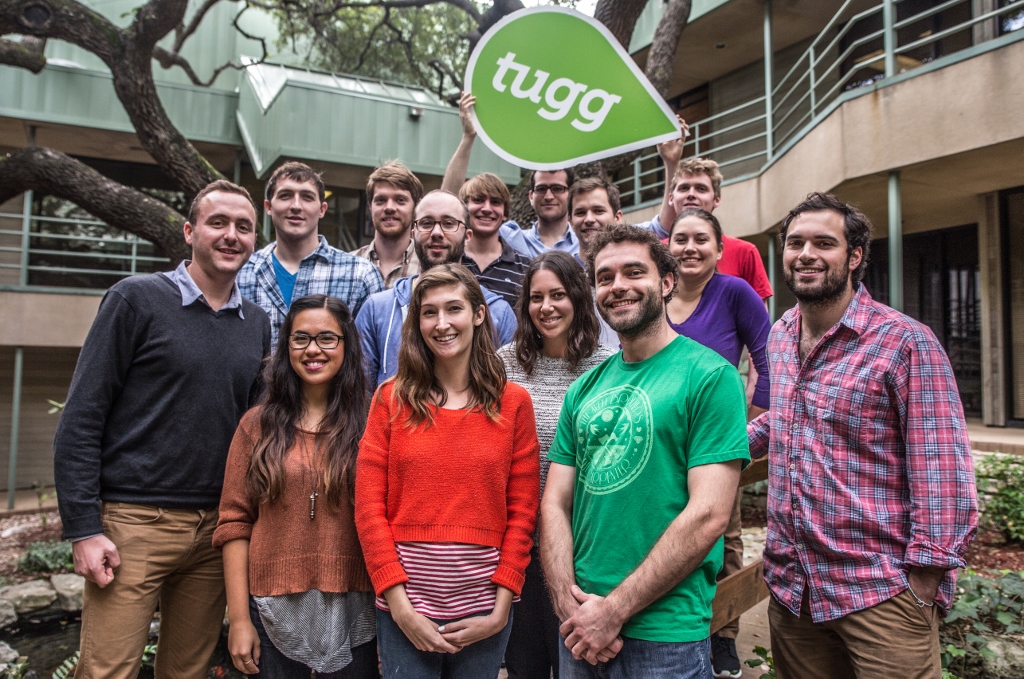 The internet has been great for hobbyists and fans of just about every stripe, allowing them to find each other, meet up, and share their passions. The Austin-based startup Tugg is harnessing that type of networking to change the traditional movie-going experience.

Tugg’s business model, according to CEO and Co-Founder Nicolas Gonda, is about letting individuals share their interests. Movie buffs can bring limited releases to quiet towns, super fans of impending films can arrange early screenings, and clubs and organizations can screen films of interest to their members. The fans themselves handle planning and promotion to make the event a success.

“We are all promoters of things we love,” Gonda said. 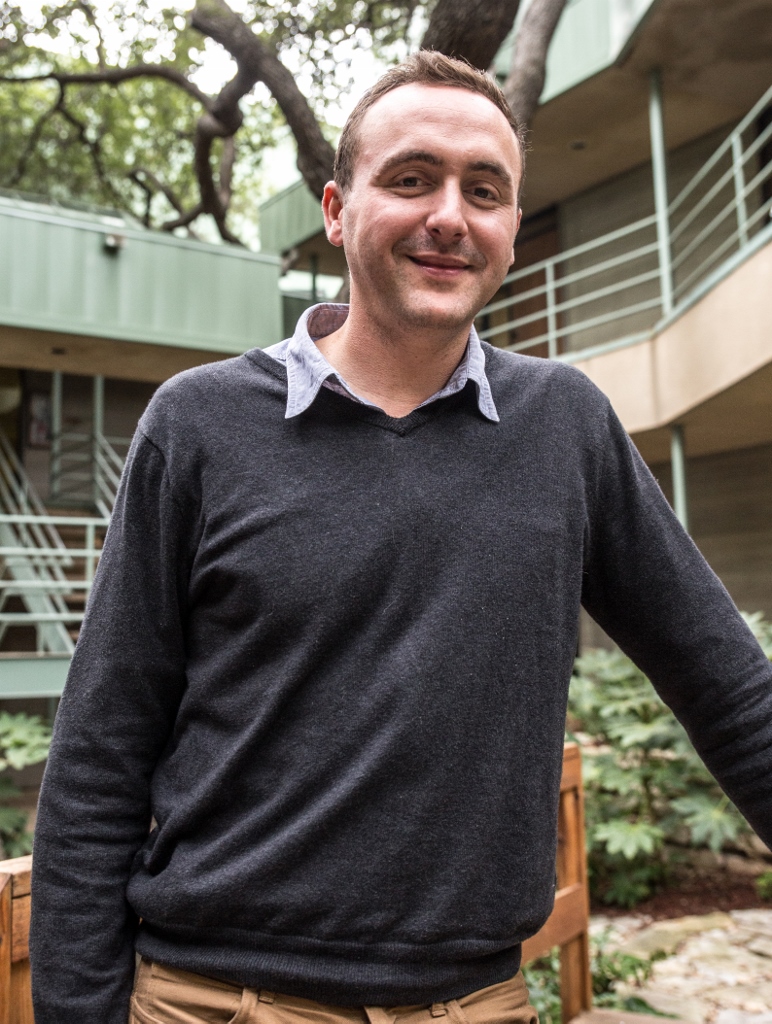 The company lets its customers organize their own film screenings. They select the theatre, showtime, and movie from a still-growing library of about 1,500 titles. Tickets are sold in advance and once enough of them are claimed- covering margins for the films the movie theater, Tugg, and the film’s content owner- the screening goes on and the organizer claims five percent of the profits. Otherwise, the tickets already purchased are refunded.

The idea for Tugg came to Gonda, an experienced film producer, while he was working with director Terrence Malick.

“It happened at the time when we were finishing ‘New World,’” he said. “People from remote towns asked me, ‘Why can’t we see the film?’ I found that there weren’t any logical answers, only excuses.”

One of those excuses was that running a niche film in a small market would lose money because too few people would buy a ticket. Tugg’s approach mitigates that risk because the minimum number of tickets needed for a single screening to be profitable is already sold before the event happens.

“Once that threshold is met all risk is annihilated,” Gonda said. “That risk is what was keeping films from being shown. Now it’s surgically removed.”

He explained that a small town may not have enough potential fans to warrant releasing a niche film there, like an art-house piece or a documentary, but if there are enough fans for one screening, Tugg brings them together and make sure the event is successful. 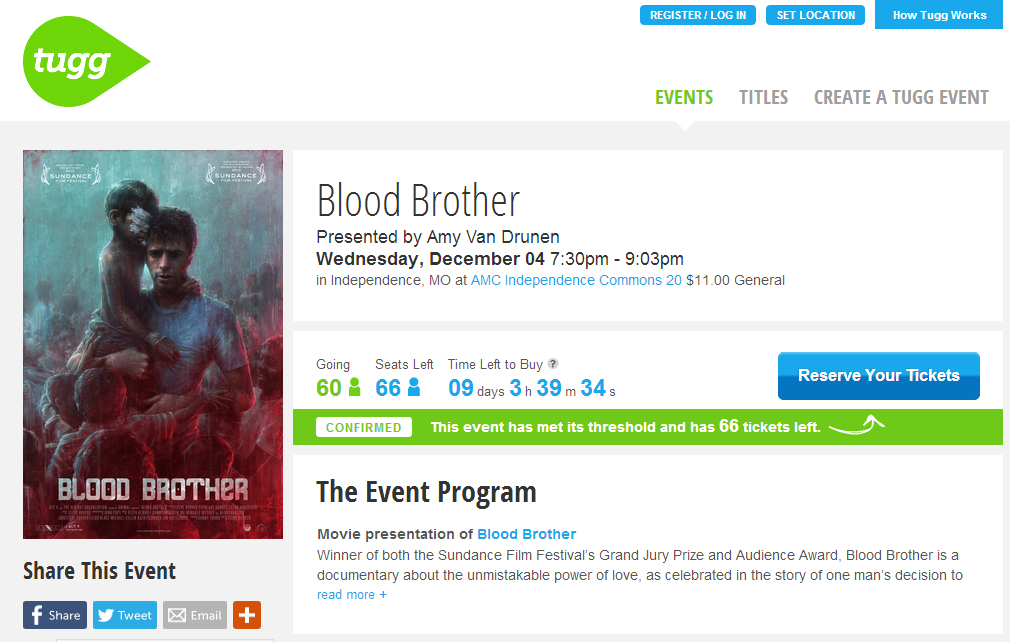 Social media is a critical piece of this model, Gonda said, because it is an important tool for mobilizing fans to buy tickets to a screening. It also creates a desirable marketing situation.

“It’s marketing with a fan base, not to them,” he said, adding that the most effective type of marketing is when fans can be inspired to recommend a product to their friends.

Tugg had a lot of success with this model last summer. The company worked with the distributor of “One Direction: This Is Us,” a Morgan Spurlock documentary about the boy band One Direction, so that fans could organize special preview screenings of the film before its wide release.

“This Is Us” was a hit film but Gonda said the same marketing model applies to productions of all sizes.

“There’s no exception between a film with a $200 million marketing budget behind it and one by a first-time filmmaker with no money,” he said.

Some of those filmmakers are finding Tugg to be a great way to get their work shown because anyone can add a film to the company’s library.

“These days, it’s more about getting your movie seen than getting it made,” Gonda said, regarding the roll inexpensive and high-quality capture devices have had in simplifying the production process.

Gonda started Tugg in 2011 with co-founder Pedro Gonzalez, an experienced marketer and tech executive. The company debuted in 2012 at South by Southwest. Since then, the company has rapidly expanded its film library and struck deals with theater chains like AMC, Cinemark, Regal, and The Alamo Drafthouse, accounting for about 90 percent of all screens in the United States.

Tugg’s customers usually get their first choice of theater when they organize a screening, though the minimum number of tickets needed can vary depending on how busy a theater is and how much money the film’s content owner requires.

The name Tugg comes from Gonda’s image of crowdsourcing, the central phenomenon behind the company’s success. He imagines a tug-of-war, with event organizers fighting to pull enough interested people into supporting the project, or a group in a small market trying to pull in a big film.

“Crowdsourcing is an athletic sport,” he said. “It’s not easy.” 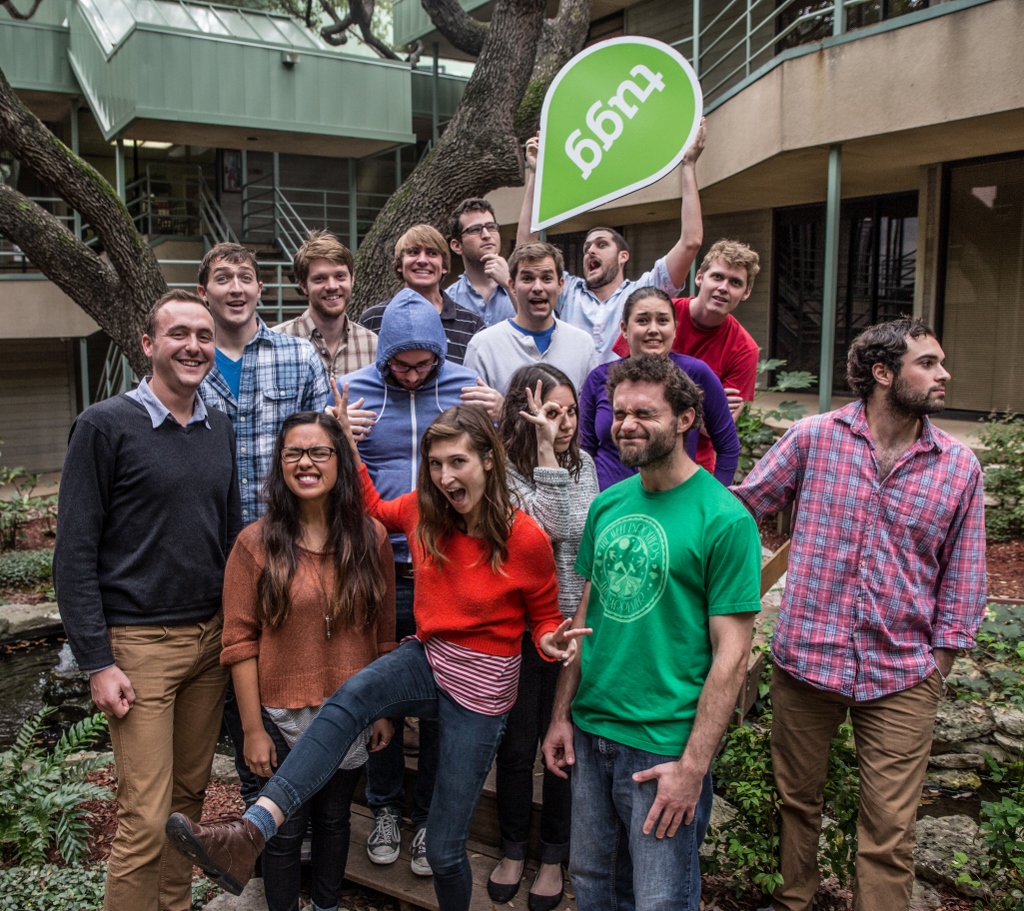 The recent widespread adoption of digital projection has made mailing movies around the country much easier for Tugg.

“In 2002 there were a handful of digital projectors in the country,” Gonda said. “Today, over 90 percent of theaters have been digitized. If we had started Tugg back then, we would have had six to eight canisters of film being shipped around [for each screening,] now it’s a FedEx envelope.”

For users, Tugg is a dream come true.