As Bitcoin becomes more popular in Austin, so do its advocates. Read about three local Bitcoiners who are spreading Bitcoin awareness in the community.

When I first saw Justus Ranvier, he was clad in a bright orange hoodie that made him stick out in the gloomy North Austin coffee shop we met in. When asked about it, he lit up and explains it was from Hoodie the Homeless, a project sponsored by Bitcoins Not Bombs that gave a hoodie to a homeless person with each one that was purchased.

Ranvier has been involved in the Bitcoin since early 2010, when Bitcoin was worth 1/75,000th of what it’s worth today. Although he had heard about it earlier, it wasn’t until later, when it was exchanging for more than it cost to mine it, that it grabbed his attention. He was working on his electrical engineering degree at University of Texas at Arlington but decided to set those aspirations aside for the time being.

“I worked on my degree until it got to the point where I felt I couldn’t afford the opportunity costs of not being in Bitcoin full time,” he said.

That was in 2009. Although he wouldn’t go into detail, the 33-year-old said he’s no longer under income pressure at the moment and is free to allocate his time however he sees fit. He writes articles, keeps track of what’s going on in the Bitcoin sphere and tries to make connections between projects he feels would work well together. He is also assisting in organizing and speaking at the upcoming Texas Bitcoin Conference with aspirations of it being the largest Bitcoin conference in the world.

“Being fully invested in [Bitcoin] in more ways than one, I want to see it succeed,” he said.

Although Ranvier has seen personal success with Bitcoin, he’s mostly interested in what Bitcoin can do for people outside the developed world. An avid traveler, he spent a lot of time in Latin America and witnessed first hand how economic restrictions can hold down an entire country. For instance, regulations in Peru that make it near impossible to own a bank account.

“It’s about bypassing financial censorship,” he said. It’s about bringing empowerment to individuals who have been shut out by the old system.”

If it were up to Ranvier, Bitcoin would be as ubiquitous as the internet, where anyone in the world could access it freely and it would displace government currencies.

“Governments have a terrible track record when it comes to managing money,” he said. “Bitcoin puts the power of money out of the hands of people and puts it in the hands of math.” 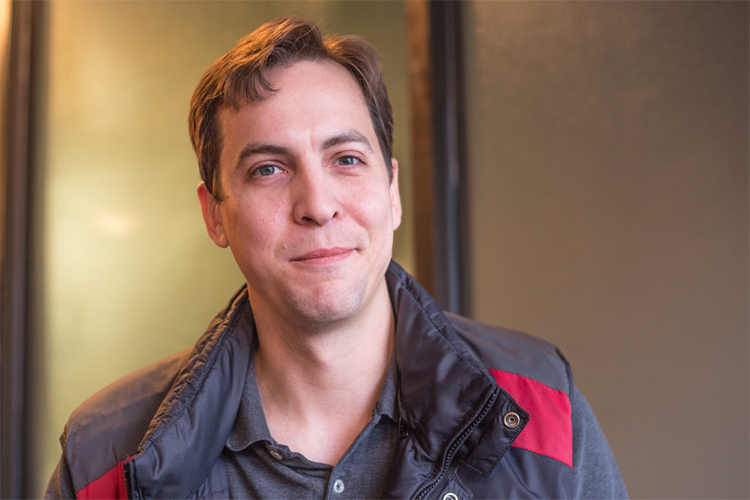 Before we sat down for our interview, Steven Wilkinson stopped to talk to a coffee shop employee about the benefits of accepting Bitcoin.

This is what Wilkinson does full time. He spends his days explaining to local establishments why they should accept Bitcoin. And he said more businesses are becoming curious.

“The last three months have been like an avalanche,” he said. “Businesses are constantly calling me up, asking about Bitcoin and how they can get it.”

Wilkinson said this ‘avalanche’ of interest is due to the the influx of new customers that come just from the establishment accepting the currency. He can guarantee the establishment will have more people coming through the door. Wilkinson mentioned a particular instance where an owner of a gas station began accepting and within a day he had at least 20 new customers buying gas with Bitcoin.

“It’s such a fiercely loyal community and it’s nice to work in that capacity,” he said.

Wilkinson found Bitcoin in early 2011, when it was worth 1/6,000th of today’s price, and was instantly attracted to it. A self described “hardware geek,” he was building a computer and found he could use it to mine this new form of currency that was exactly the kind of alternative he was looking for – little to no fees and decentralized.

He began mining as an experiment and found various places – mostly on the internet – where he could trade the Bitcoins mined for goods. Once he became more involved in mining, he found the benefits of the currency and contacted the CEO of BitPay and became a certified integration partner for the company, representing Austin and surrounding Texas cities. Now he’s the vocal advocate to businesses, explaining to them how Bitcoin is going to save them money and reduce risk.

A seventh-generation Texan, Wilkinson believes Austin has the potential to be the global hub for Bitcoin. That is, if it doesn’t get regulated first.

“I’d hate to see innovation and the ability to make new jobs and businesses squashed because somebody’s scared of it,” he said. “Austin has the largest local economy in the country and I want to help facilitate keeping that money here.” 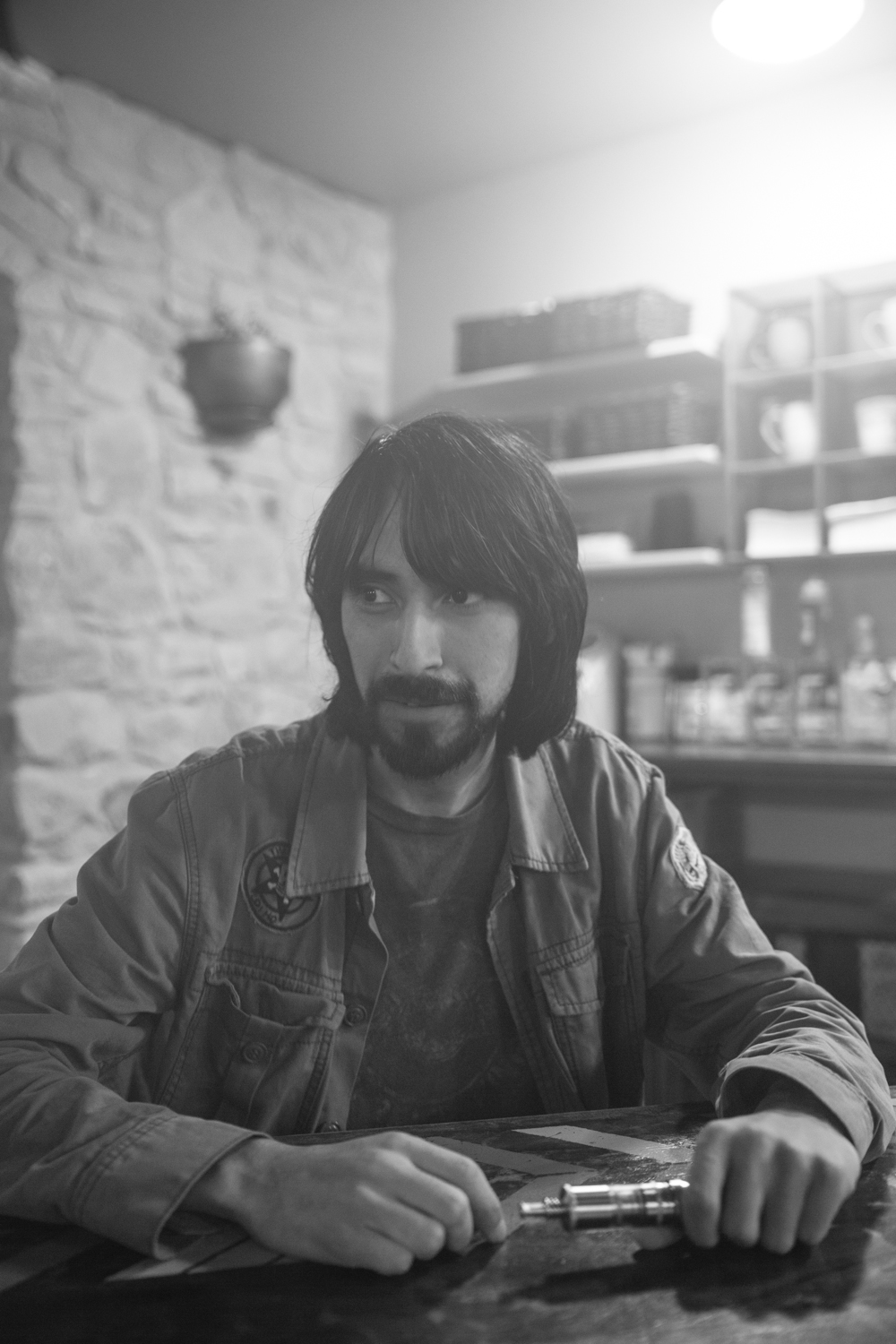 Jonathan Rumion’s goal in life is to destroy Mt.Gox.

Although this desire to take down the world’s largest Bitcoin exchange derives from just a $40 loss, Rumion became determined to find a better way to exchange Bitcoin.

“They’re trying to pretend to be a bank but they’re actually just proving they’re incompetent,” he said

The 25-year-old, who took community college classes while in middle school and got a degree before starting high school, started the Austin Bitcoin Meetup in hopes of meeting other people who agreed with his cry for a decentralized exchange system. In less than a year, the group grew from about five people to almost 300, with 60 – 80 attending each one. Although it attracted advocates of all sorts – beginners, investors, even some Bitcoin “celebrities” – Rumion had a specific goal in mind. He succeeded, finding his future boss at one of the Meetups.

Rumion now works full time at Monetas, a company building the world’s first decentralized exchange of Bitcoin. The exchange will be censorship resistant and decrease volatility because it lacks central authority. He started at Monetas in early January and gets paid, by choice, in Bitcoin.

“I consider myself more of an evangelist,” he said. “I can’t keep telling people to invest in Bitcoin if I’m not willing to take the risk myself.

Although Rumion supports businesses adopting Bitcoin, he said there should be a focus on introducing Bitcoin for services and products  needed to survive, such as property management businesses or grocery stores.

“Those are the companies we should target,” he said. “Things that support general homeostasis, followed by bills, etc.”

However, Rumion considers Bitcoin more of a payment protocol than a currency. He compares it to the internet and said it will do to currency what the internet did to the postal service.

“A lot of people will argue because they either don’t understand the technology or the impact of whats happening,” he said. “They are so involved in the economic system as it stands today that they can’t wrap their heads around how revolutionary Bitcoin really is.”

These are three unique individuals who have devoted themselves to the cryptocurrency and all three expressed they had no doubt in it only getting stronger. Although they find different value in Bitcoin, they continue to spend time building the community.