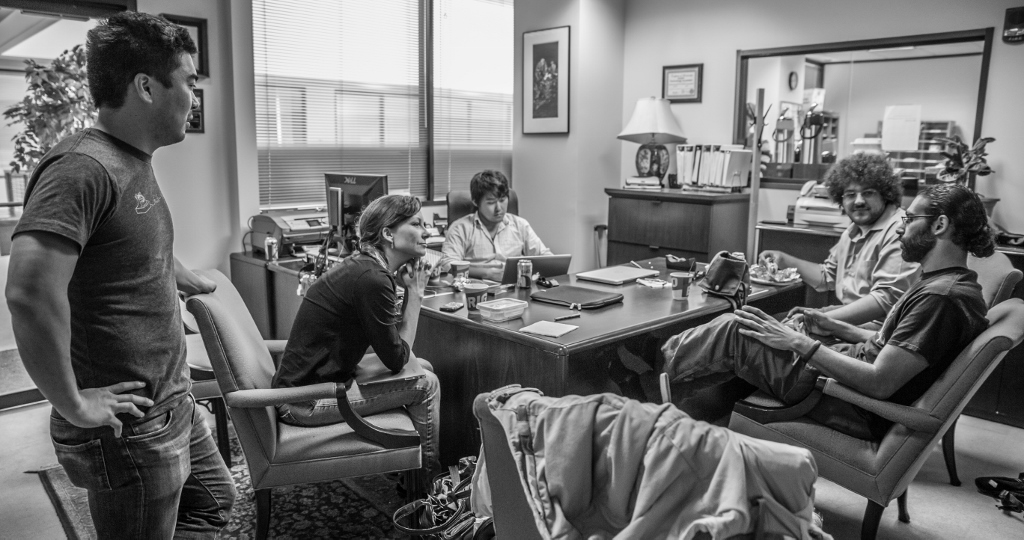 Cam Houser, CEO of 3 Day Startup, refuses to accept failure at face value. In fact, learning through failure and experience is a philosophy around which he’s shaped his company. 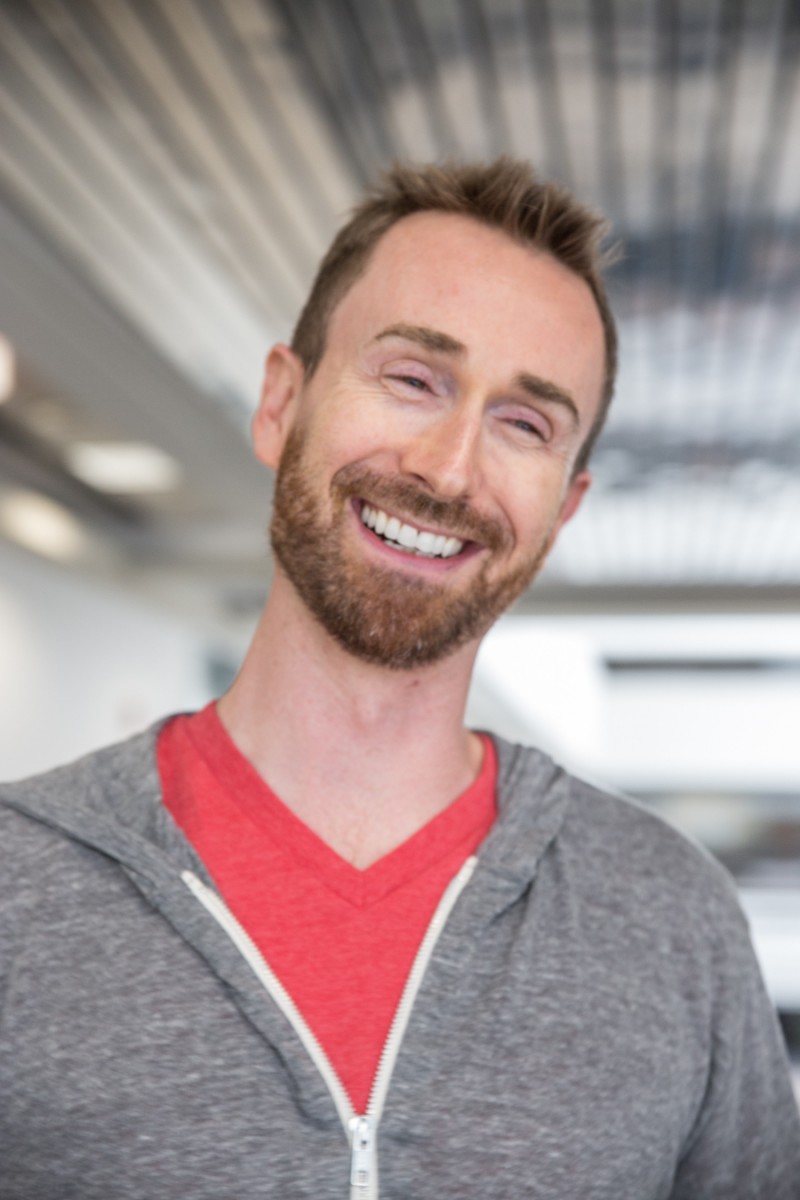 3 Day Startup, an Austin-based nonprofit, takes top students in computer science, business, law, and graphic design and gives them a crash course in how to launch a startup in three days, from coming up with an idea to pitching a prototype to investors. The vast majority of pitches do not succeed initially, but for Houser, that is the point.

“The instructive value of [failure] is far greater than just reading a book and not taking action,” he said in an interview.

A recent 3 Day Startup program at the Austin Technology Incubator provided a faultless example of just what he means:

A visibly tired undergraduate stutters and stumbles as he pitches his teams’ productivity app to a panel of investors.  The app, he explains, sends alerts when users are wasting too much time playing with their smartphones instead of working.

The reactions are mixed.

“When you play golf, there’s a four hour distraction” said one dissenting investor, pointing out the app’s limitations, as one does not need a smartphone to waste time.

The pitchman and his team agreed- the app can’t help you there- but they went on to explain that it can access your calendar and GPS location, and alert you if you are where you are not supposed to be.

“And why would [you] sell an app that would do that?” a privacy-minded audience member chimed in, prompting a few laughs and nods of agreement throughout the crowd. The pitch was not a disaster, but it was clear that the team needed to rethink many aspects of the app’s design, or nix it altogether and try something new.

While studying at the University of Texas, Houser felt that students were missing out on this key aspect of entrepreneurship. Houser worked for Amplifier, a successful startup, where he participated firsthand in seeing the company explode overnight. More students, he believed, needed to have some sort of startup experience. So in 2008, Houser joined a group of co-founders starting 3DS as a student organization, eventually incorporating it as a fully-fledged nonprofit organization by 2010.

The university environment should be a perfect incubator for entrepreneurship, Houser said, but the division between different disciplines makes it difficult for students with different skillsets to come together to create the next big thing.

“There should be fifty Zuckerbergs out there, but there aren’t,” Houser said, referring to Facebook founder and billionaire Mark Zuckerberg. 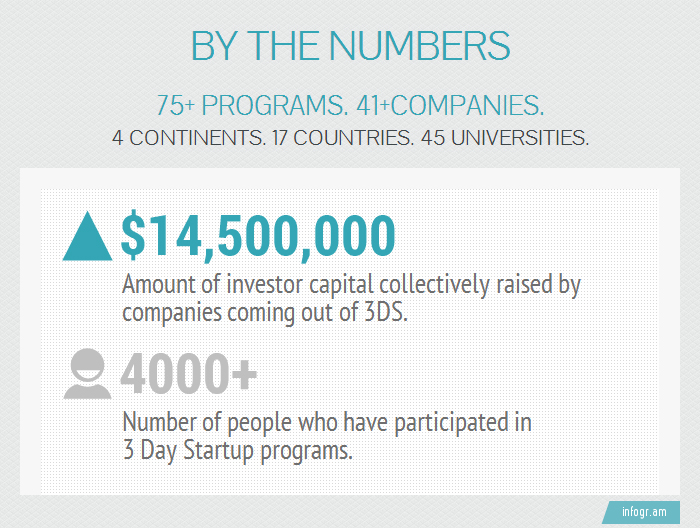 The program selects 45 top applicants from a competitive pool, who each bring one startup idea to the table when the program starts on a Friday. They then vote on the top seven or eight ideas, and are broken into groups for the weekend. Running on little-to-no sleep, the applicants design a prototype of a service, smartphone app, or product, conduct market research, interview dozens of potential clients, and put together a pitch for their startup by Sunday evening. During the weekend, they are mentored and coached by program organizers and other successful entrepreneurs.

Of the 45 ideas presented on the first day of each program, generally one or two will attract the panel of investors’ attention and move beyond the prototype stage to become a fully-fledged startup. At least 41 companies born from 3DS programs have received $14.5 million in funding, and 16 companies have teamed up with startup accelerators such as Y Combinator and Capital Factory.

Several of the program’s startups have been wildly successful. Famigo, an app that helps parents find appropriate games for their children, was born out of one of the first 3DS programs, and has since gone on to be a highly popular app, having received venture capital funding from firms like Silverton Partners and Capital Factory.

According to Houser, at least 20 percent of the groups across most programs end up raising money, releasing a product or a service that earns “significant revenue,” or get accepted to a startup incubator or accelerator program.

But despite the success stories, the vast majority of prototypes that make it to the pitch event remain just that—prototypes.

Q. Beck, co-founder of Famigo, could not agree more with the 3DS philosophy on failure.

“The takeaway was that failures are really learning and growing opportunities when looked at from a slightly different perspective.  True failure is the inability to learn from mistakes that are made along the way,” he said in an interview.

Houser is trying to export Austin’s casual attitude about learning from entrepreneurial failures to 3DS programs abroad, where there is often a greater social stigma against failing. In some countries—particularly China—learning to accept failure is the main lesson 3DS tries to instill in its participants.

“The most important thing is that failure piece. Understanding that if you fail you’re not going to bring shame on the community and you’re not going to embarrass your family. It’s less about methodologies and more about changing cultures. That has a much greater impact on successful companies,” he said.

Beck said it is important to consider the kind of people who participate in 3DS.

“Many of the participants haven’t really experienced failure before.  For the most part 3DS participants are young, high achieving, ambitious students at top universities who decide to spend 72 hours of their free time trying to start a business.  That isn’t the profile of somebody who has failed a whole lot,” he said.

Pitches at the Austin 3DS program. 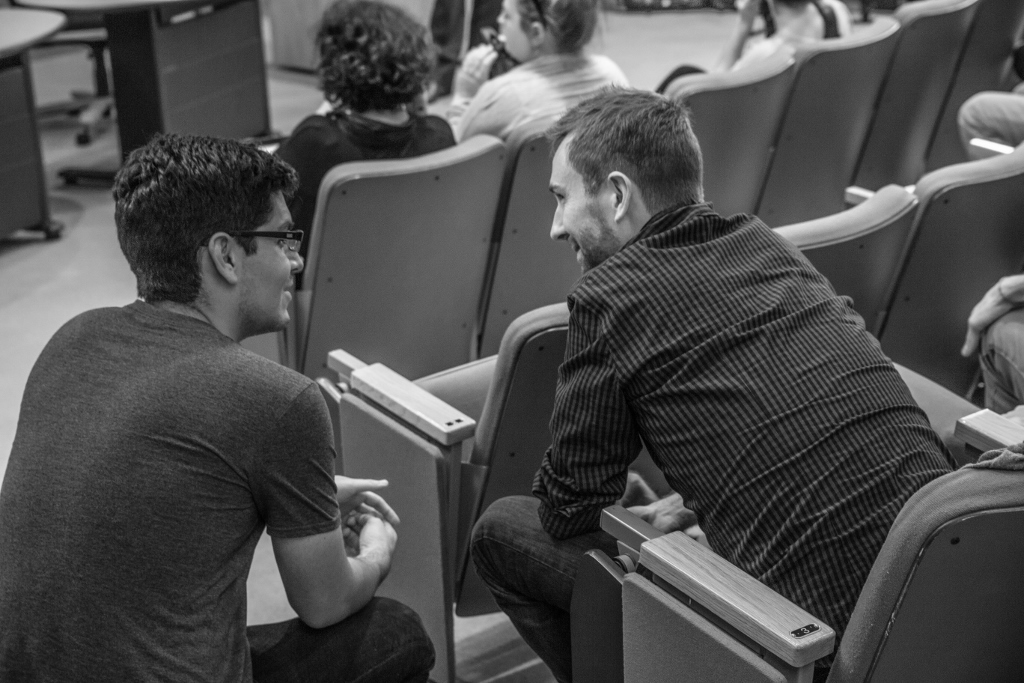 Back at the Austin event, Blake Burns, a recent computer science grad from Texas A&M, pitched an app that would help hairstylists create a client database from their smartphone, integrating notes and images of client’s hairstyles. His idea was popular among the 3DS participants, making it one of the eight selected pitches from the original crop of 45.

He described himself as a developer, not a businessman, so he found pitching the idea to be difficult.  However, he said that 3DS taught him “everything” he wanted to learn about the business and marketing side of running a startup.

“Even if we don’t get approached by an investor with money tonight—which I don’t expect to happen—we’re still going to go forward with our product which I know we have a customer base for,” Burns said.

For Houser, that it is the ultimate point of 3DS: to get budding entrepreneurs comfortable with all aspects of startup creation in a real-world, high-stress environment where a group of investors will give them honest feedback. More often than not, that means initial rejection.

“It’s letting them know what investors say,” Houser explained. “So that a few months from now, or weeks, when they’re in front of a [potential] investor—when they’re really trying to pitch for money—they will have been there before.”