If you were asked to picture a 100-employee-strong company in the unglamorous self-storage industry, you might imagine cubicles, fluorescent lights, and a lot of human resources regulations. 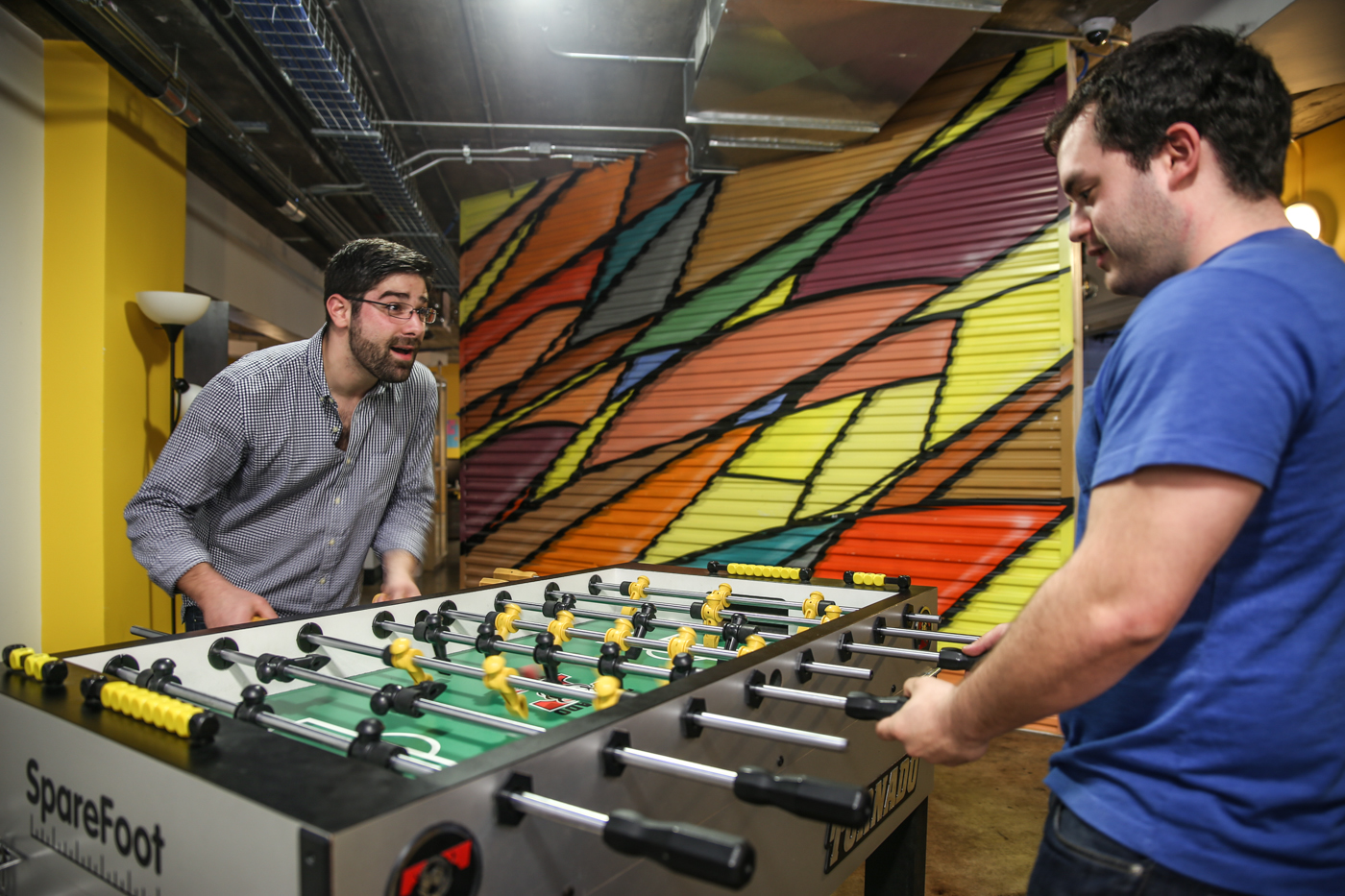 You’d be dead wrong about Austin’s SpareFoot, where employees make their own hours and vacation policies, sip cocktails at their desks, and engage in ping pong and foosball tournaments during work hours. This company maintains the laid-back, hands-off atmosphere of a much smaller startup even as it rapidly adds employees, gains market share, and annexes more floors in its office building.

The office itself in downtown Austin looks like a cross between a slick telemarketing call center and a college dorm room.  Empty soda and champagne bottles clutter desk space while dressed-down, young workers play games, mix cocktails, and exchange quips across the open office space.

Workers who aren’t doing any of those things, however, have their faces buried in computer screens or are chatting away with customers or clients. It’s definitely a work hard/play hard atmosphere.

Gordon tells his employees to “live your life and get your stuff done.”

CEO and co-founder Chuck Gordon believes that workers who are granted freedom and trust, given an enjoyable office space, and allowed to blow off some steam will work much harder than those who have a lot of rules to follow.

It seems to be working.

At nearly 6:00 p.m., when many other offices are closed or emptying out for the day, SpareFoot is in full swing, filled with employees who make their own schedules and may not have arrived until 10:00 a.m. One call center employee had been clocked out for nearly two hours but was sipping whiskey, hanging out, and waiting for a job candidate interview to begin. It was an interview she was not even required to attend.

“I just like to make it a point to attend every single interview,” she said. “I care who we hire.” 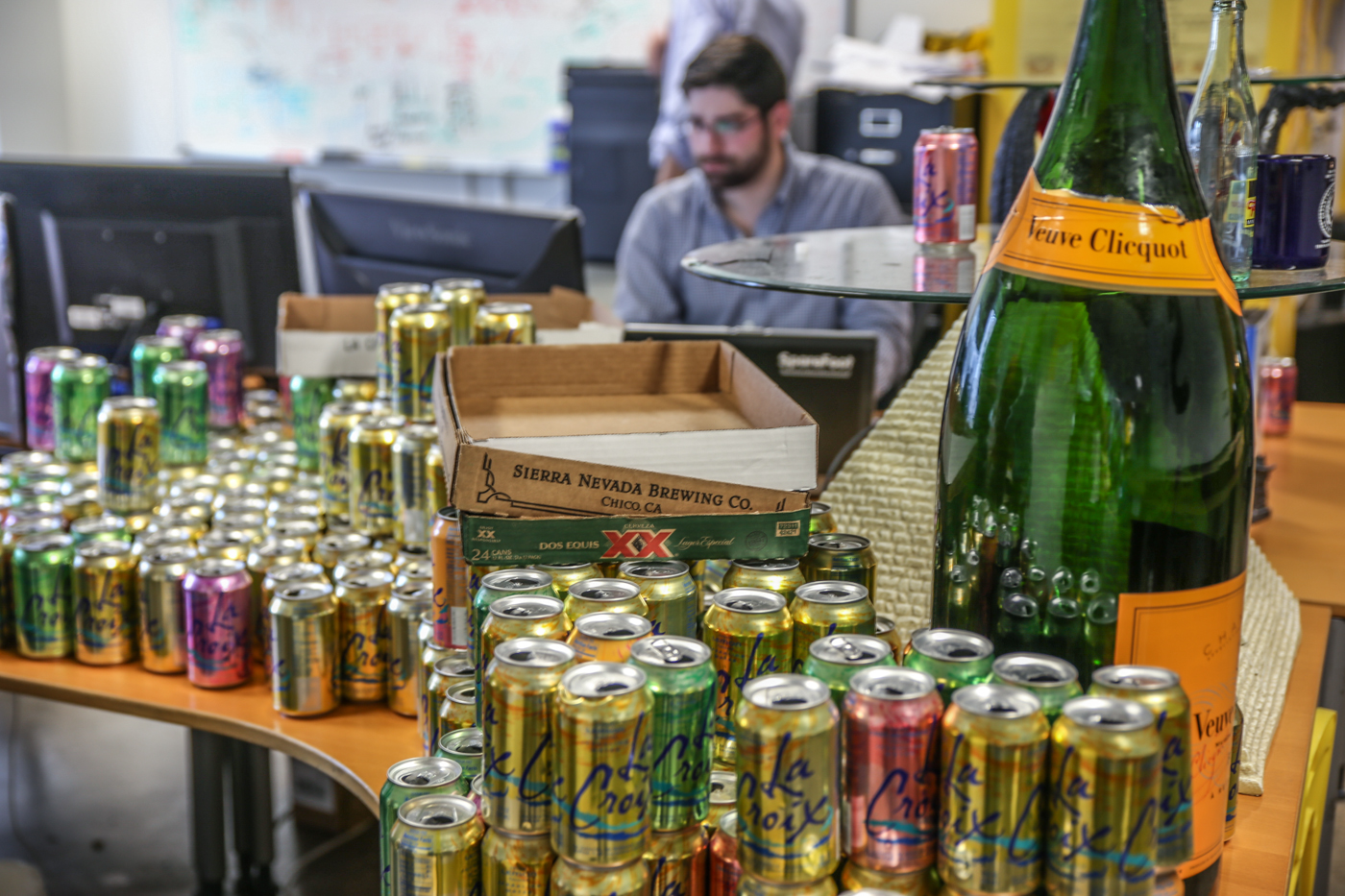 Too Clever By Half

SpareFoot began, like many startups, as the brainchild of college undergraduates. As a University of California Los Angeles (UCLA) student in 2007, Gordon was having trouble finding a self-storage space for his possessions before leaving for a semester abroad. He was surprised about how clunky and outdated the process of finding self-storage units was. Many facilities didn’t have a website.

Gordon remembers thinking: “We’ve been booking hotels online for ten years but I can’t do this?”

He ended up leaving his belongings scattered in the homes of several different friends and had an idea: why not develop a website that enables people to rent out their spare rooms, closets, basements, and other spaces to strangers as storage space?

Nonetheless, Gordon was excited. He was a fine arts major but believed he saw a business opportunity in the self-storage industry. He started taking classes in business and venture creation and recruited his roommate and friend Feghali (still his roommate today, and the COO of SpareFoot) to help. The two raised money from family and friends to launch their business, Homstie, in the fall of 2008 – just in time for the crash of the world economy. 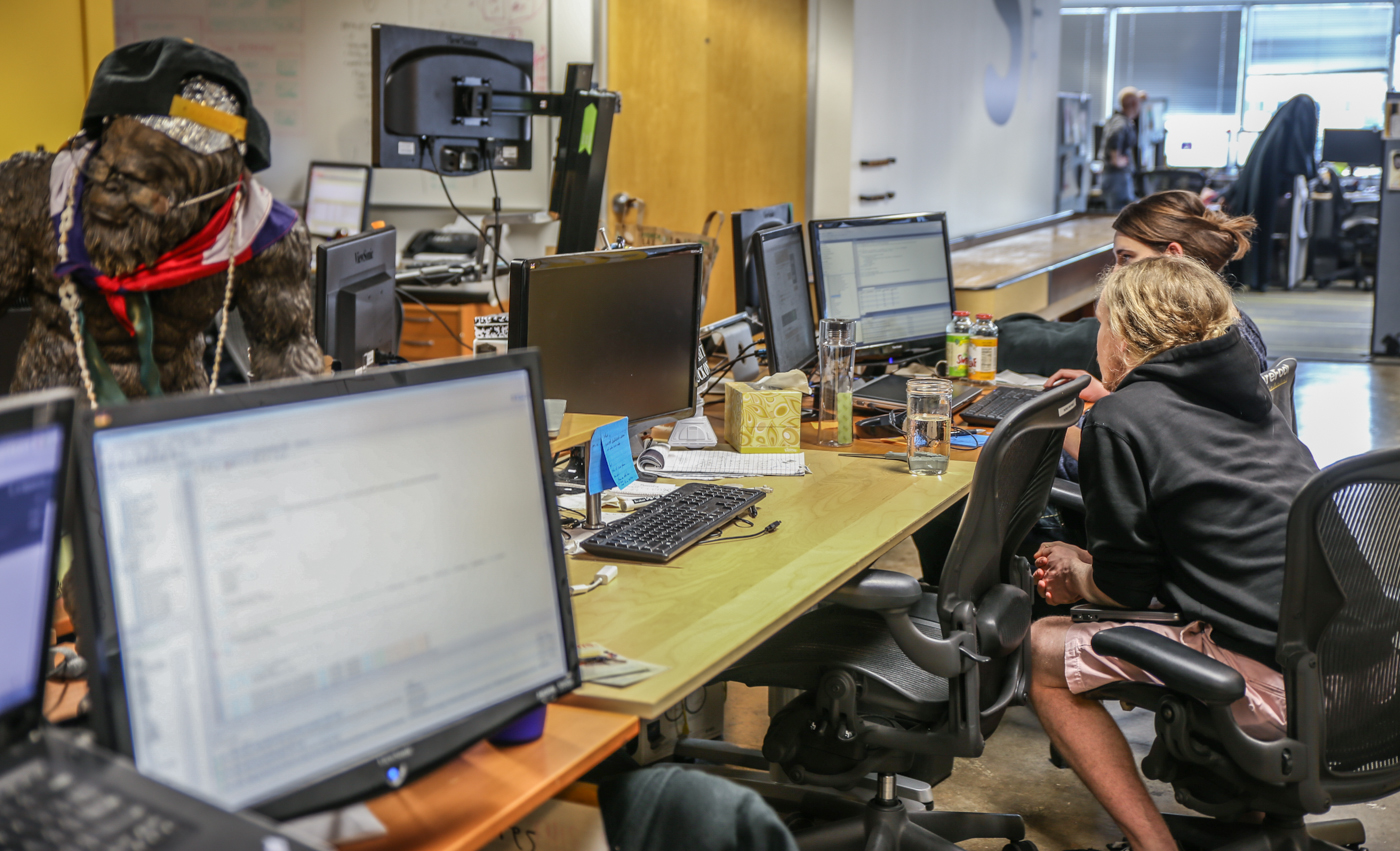 “That actually worked to our advantage because the news stations liked the angle of riding out the recession by renting out your extra space,” Gordon said.

Several features on Los Angeles area news stations led to a lot of people signing up on the Homstie website. Many were  self-storage facility owners- precisely the service was designed to subvert.

“We called them and asked them why they were signing up,” Gordon remembers, “and they said it was to find customers.”

That’s when Feghali and Gordon realized they had been too clever by half. Their original plan had a lot of wrinkles, such as what happens when a customer wants to reclaim their property while the host is out of town, or when someone stores drugs in someone else’s home. Instead of trying to solve these problems, they could connect customers to existing businesses and still offer a unique service.

Gordon and Feghali retired Homstie and launched SpareFoot, which lets customers compare prices and reviews for 8,000 storage facilities nationwide and book space with a few clicks.

It works out well for the storage facilities too, even though they pay SpareFoot a fee whenever a customer is referred to them. That’s because most of SpareFoot’s storage facility partners are independent or small-scale operations struggling to compete with heavily consolidated storage businesses.

“It’s really hard for a mom-and-pop facility to compete with that level of consolidation,” Gordon explained.

“We bring all the mom-and-pops together so they can compete on that scale.”

SpareFoot calls facilities and offers to update the way they do business, putting them online and giving them a listing just as prominent as the heavy hitters in the industry.

“Before the internet it was about getting a good location [for your storage facility] then putting an ad in the yellow pages and you would be successful,” Gordon said. “Now you have to be online.” 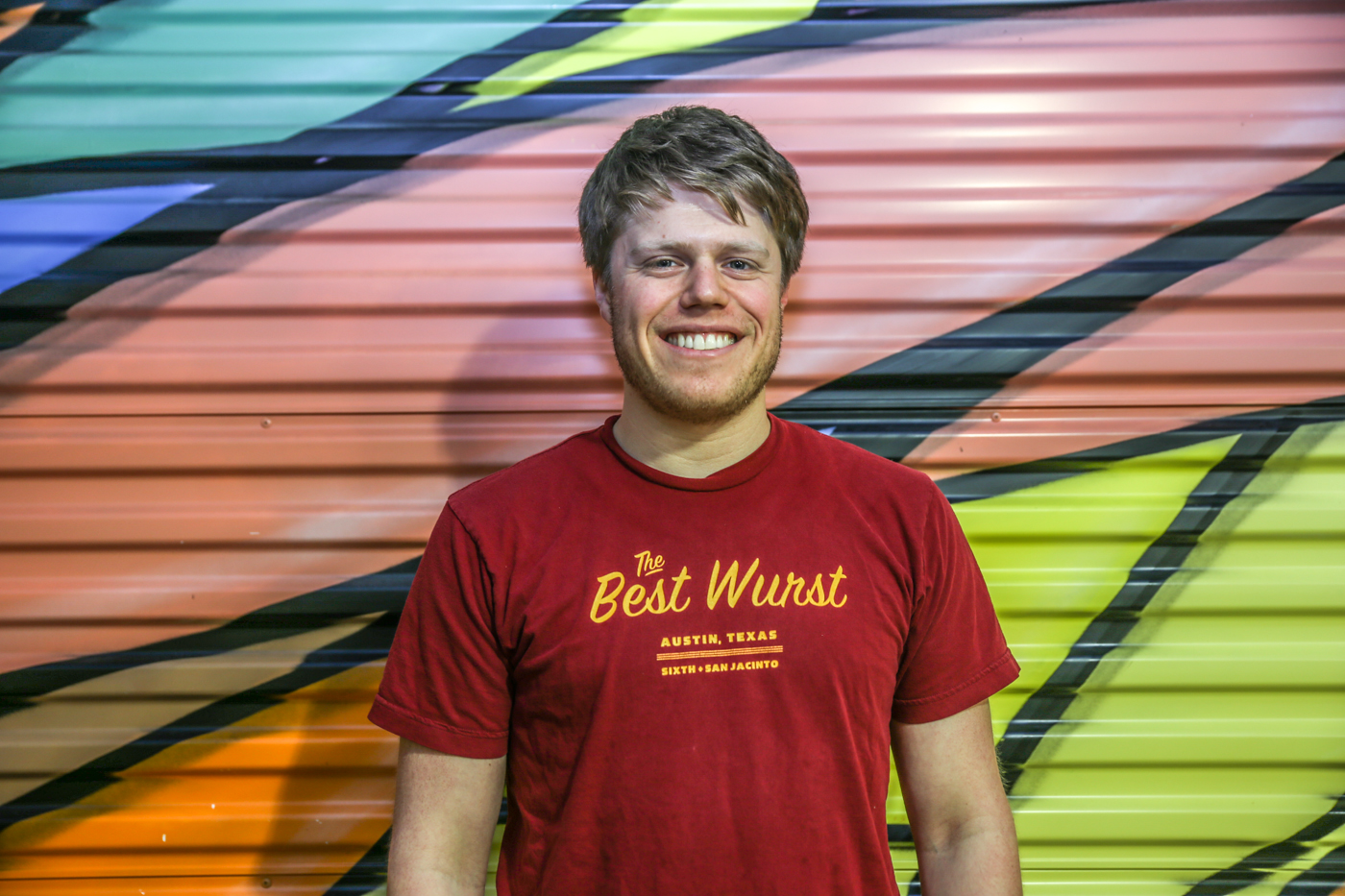 Despite his fine arts major, Gordon said he always wanted to run his own business. He also knew that it wouldn’t be a typical pantsuits and ties kind of place.

“I was never told how [an office] is supposed to be so I just run it how I want it to be,” he said.

“We don’t have much of a hierarchy, we don’t use titles, and we try not to have a lot of rules.”

Gordon said his lack of a business school education leaves him free of a lot of baggage, but he said he constantly reads and talks to other business people to fill in the gaps in his knowledge and gain ideas on how to improve SpareFoot. He also asks his employees.

“I ask every new employee: ‘what is the worst thing that ever happened at your last company?’ Then I make sure we never do that thing.” 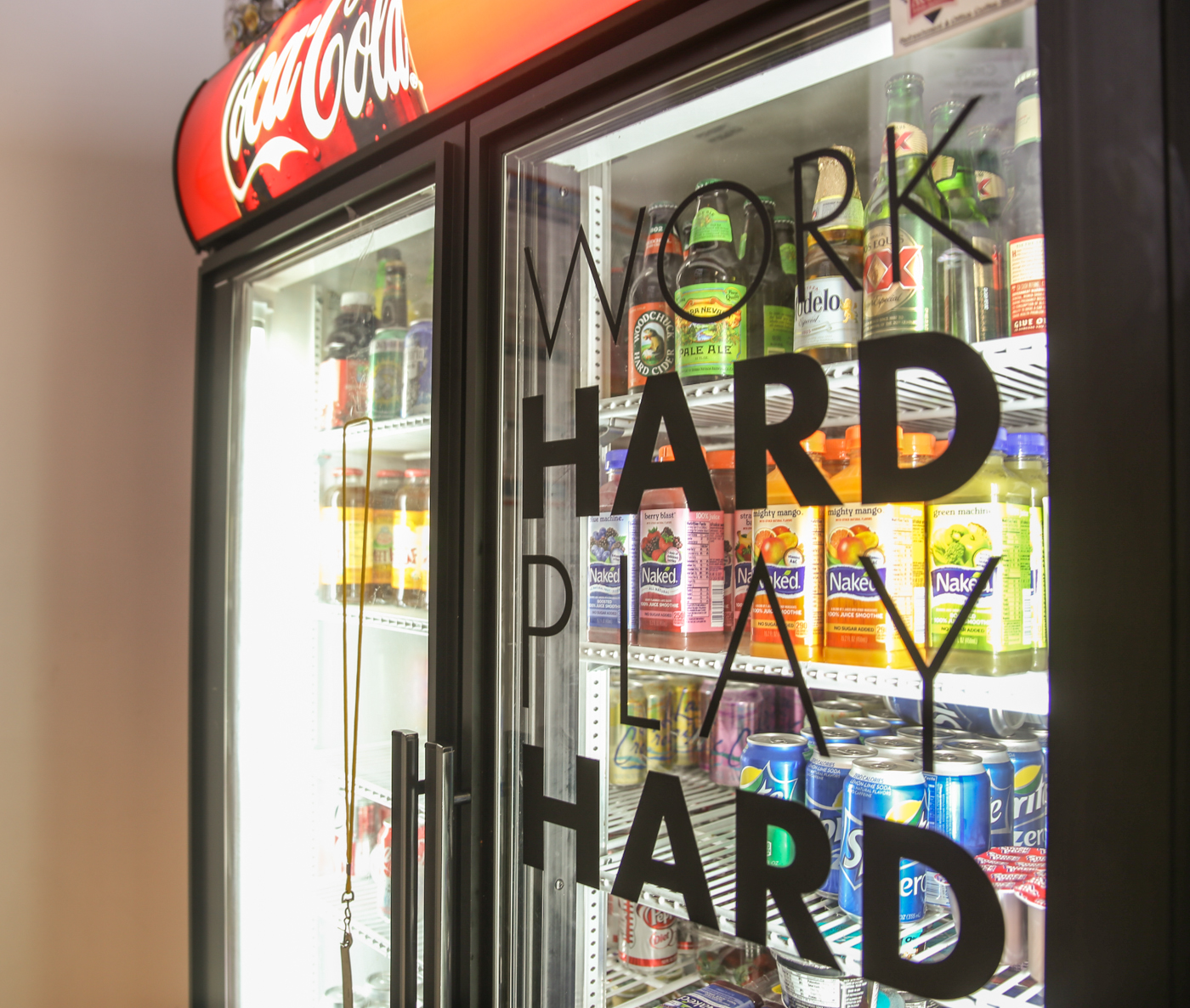 SpareFoot has been seeing a lot of new employees lately and is seeking applications to add 30 call center staffers by this summer.

“We’re expecting our volume to grow a lot this year,” Gordon said.

With a proven idea, a growing team, and an expanding footprint in the industry, SpareFoot begs a question: when is a startup no longer a startup? When can it be considered an established company?

Gordon has a few specific rules about that definition, such as not being publicly traded, but doesn’t want to start going down that road.

“That’s dangerous to say you’re not a startup anymore because then you rest on your laurels,” he said. “Google is not a startup but each team that they have certainly acts like one.”

“Storage is a $22 billion industry and we’re really only at the tip of the iceberg.”

Photos from inside Sparefoot